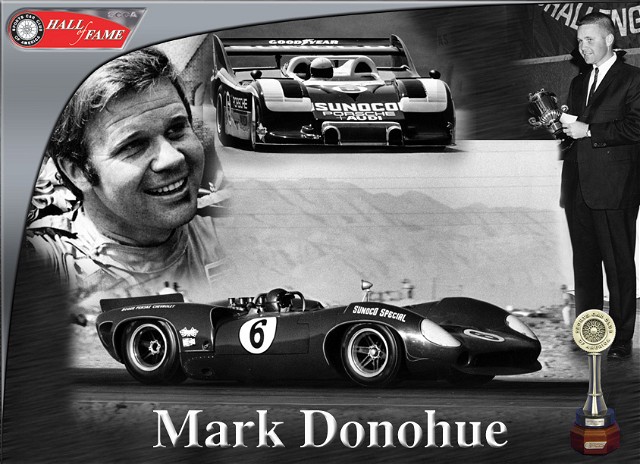 Mark Donohue is considered by many as the finest competition driver that SCCA has produced. Beyond that, he exemplified the concept of the gentleman sportsmen that founded SCCA, even though he competed at the highest levels of motorsports. He was so well respected as a sportsman, as a driver, and as a representative of SCCA, that he was awarded the Woolf Barnato Trophy in 1973. Donohue won three club Racing National titles and the Kimberly Cup in the 1960’s. Moving on to professional racing, he was twice USRRC Champion, three times Trans –Am champion and a Can-Am champion. He had considerable success in Endurance competition, including a memorable upset win of the Daytona 24 hours in 1969. He went on to win in Indy cars, including the Indy 500. He died representing America in Formula One, and was an SCCA member to his death. He served as an officer for the Road Racing Drivers Club and the RRDC’s top award is named the Mark Donohue Cup and is given at the SCCA Runoffs where it is usually considered the second highest runoffs award, behind the President’s Cup. Mark’s son, David Donohue was present to accept the award.