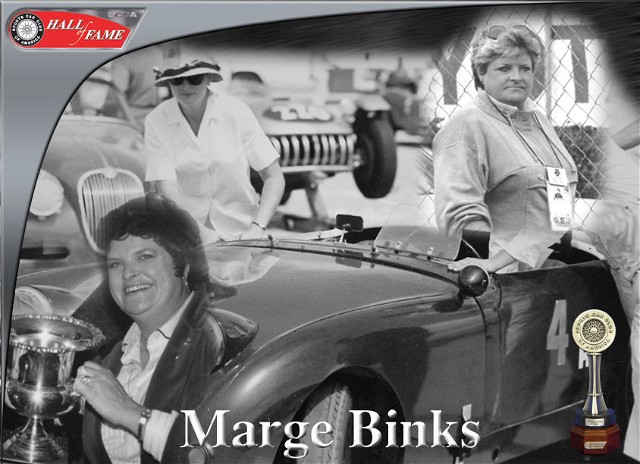 Marge Binks was the Membership Chair and Chief Race Communicator for the San Diego Region as far back as 1962. A license holder in virtually every specialty throughout the years, she has served as the Grid Chief for the Formula 1 Grand Prix of Long Beach and Las Vegas, as well as Race Chairman for over a hundred events, including SCCA, Formula 1, IMSA, Champ Car and USAC. A former San Diego Regional Executive, she became the Club’s first female Chairman of the Board during her two-term stint on the Board of Directors. She was bestowed with SCCA’s highest honor, the Woolf Barnato Award, in 1999 and has also received the San Diego Region Worker of the Year award, Wolfgang Krause Achievement Award, the Dave Morrell award and Cal Club’s Lifetime Achievement award.  Marge Binks was present to accept her award.