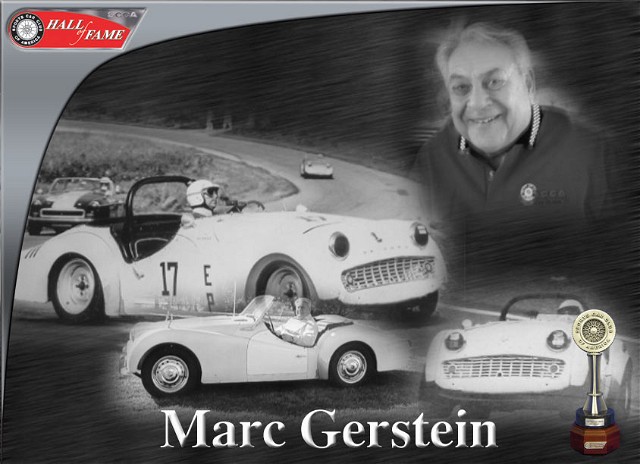 Marc Gerstein is recognized, along with two other Hall of Fame members, Vern Jaques and Grant Reynolds, as one of the fathers of the SCCA Solo program. He was at the forefront of safety programs for both Solo I, now our Time Trials program, and Solo II. Throughout the years, he has been an active participant in Solo, Hillclimbs and Club Racing, still holding official licenses in all three programs. For his contributions to SCCA, Gerstein received the Solo Cup in 1978 and was the recipient of the Woolf Barnato Award in 2004.  Marc Gerstein was present to accept his award.