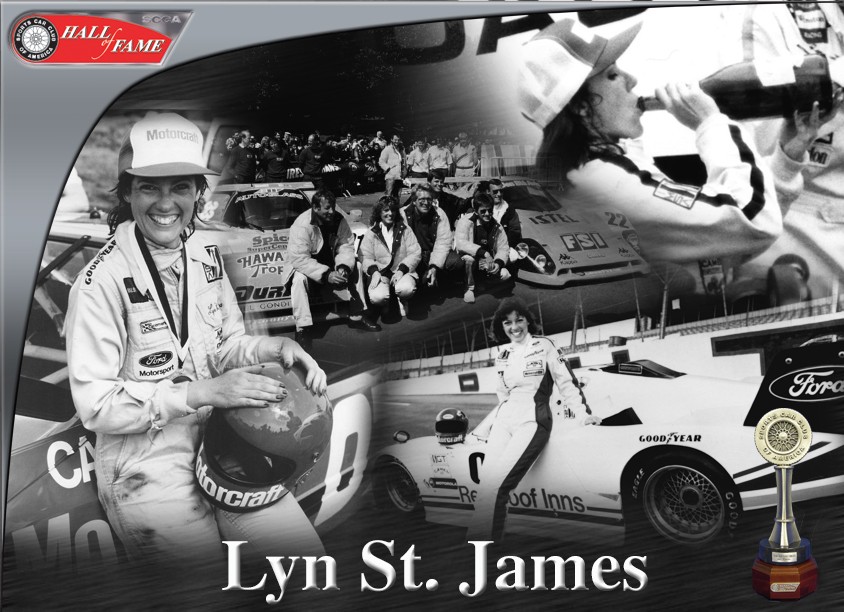 Lyn St. James started in Florida as a racer in Showroom Stock classes, and was the 1976 and 1977 Florida regional champion.  A two-time class winner at Daytona, a class winner at Sebring, and a class winner at the 24 Hours of Nürburgring, she has also competed at Le Mans and was a 1988 record speed holder of 212.577 at Talladega in a Ford Thunderbird.

While a very successful driver in her career, ultimately, Lyn will be known as an ambassador of the sport – not just for female drivers, but to the aid of all young drivers.