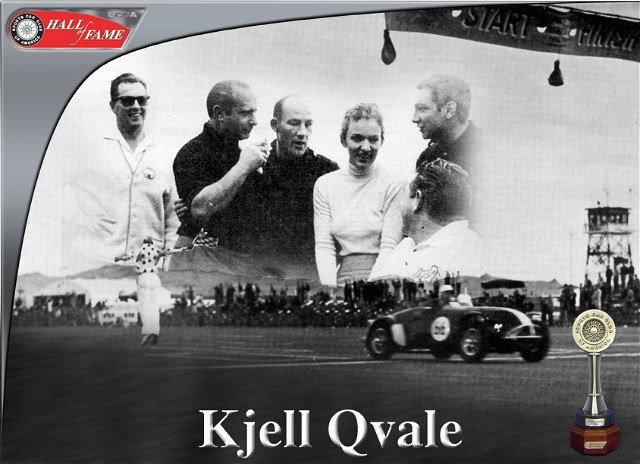 Kjell Qvale was at the forefront of the sports car mania that fueled SCCA’s growth in the fifties.  He is recognized far outside SCCA for his impact on the US auto industry, yet his quiet demeanor allowed him to achieve a tremendous series of accomplishments, almost without anyone noticing.  He became interested in the early MGs and was the first major importer of the tiny little cars, before expanding his line to include Jaguar, Bentley, and others.  Always one to see the sale-ability of niche cars, Qvale ultimately expanded his involvement to German cars, bringing Volkswagen into the country as well.  In addition to providing the cars that made SCCA go, he was a key organizer in early west coast races at Buchanan Field, Golden Gate Park, and Pebble Beach.  When racing was forced off the streets and onto permanent circuits, he helped with the creation of Laguna Seca, and is credited with the vision that created “the corkscrew,” one of road racing’s best known turns.  He fielded numerous cars in SCCA races, and even a successful team at the Indy 500.