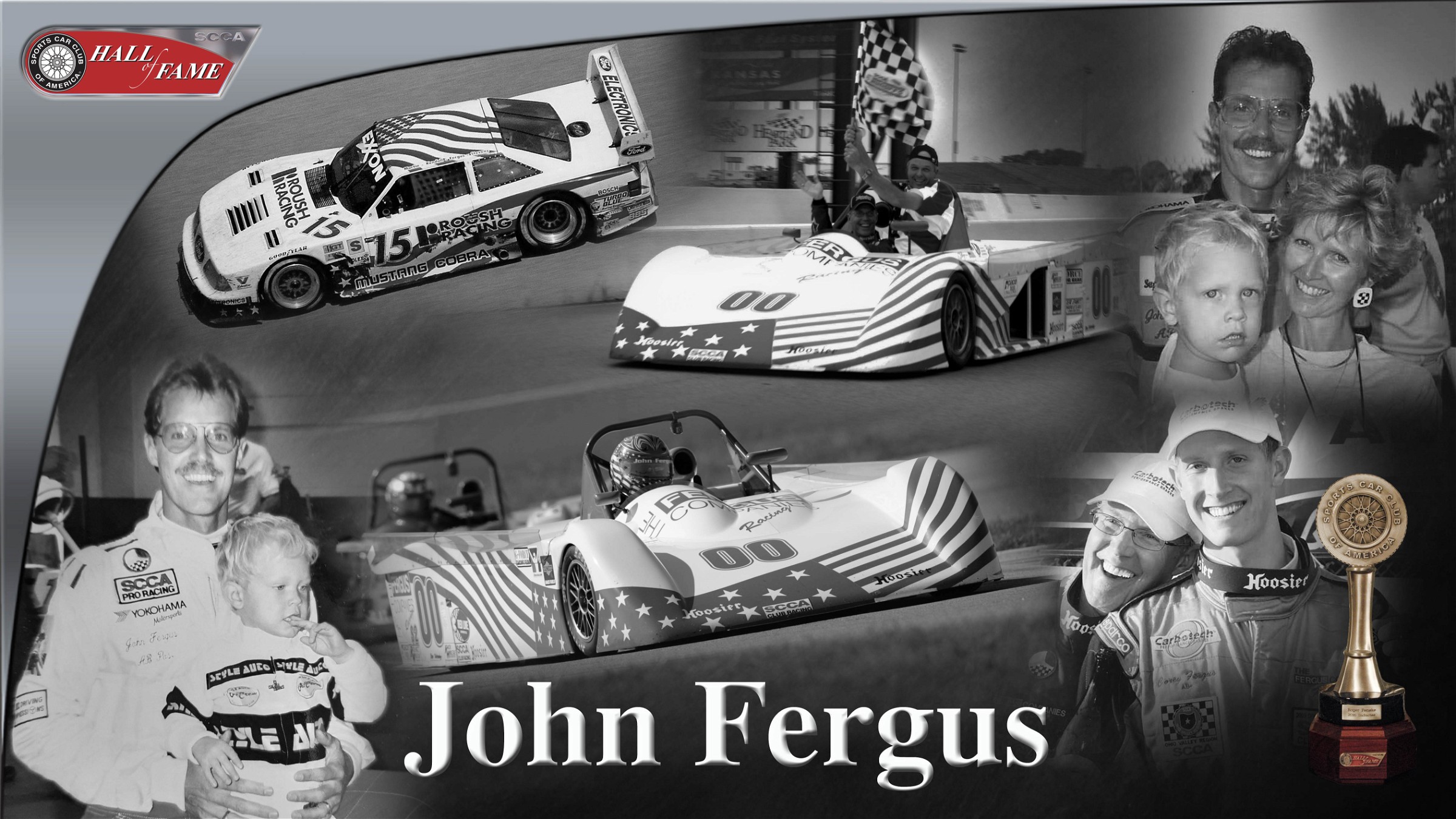 John Fergus is nearly synonymous with SCCA Road Racing’s Sports 2000 class. The Ohio Valley Region member actually began his SCCA career as an autocrosser, winning Solo National Championships in 1977, 1978 and 1979 before turning his attention to road racing. With seven wins at the SCCA National Championship Runoffs, all in Sports 2000, he trails only nine others in the history of the Club. In addition to his Sports 2000 Runoffs Championships, he also won three Pro Sports 2000 Championships. Elsewhere, Fergus also scored 13 wins in IMSA GTU competition, winning the championship in 1991. While a successful driver, Fergus was also active in his home region, establishing worker awards, worker parties and training seminars and strengthening the Region during the 1990s when it also hosted the Runoffs annually. Fergus’ respect stretches beyond the SCCA, as evidenced by his role as Vice President and Treasurer of the Road Race Drivers Club (RRDC).