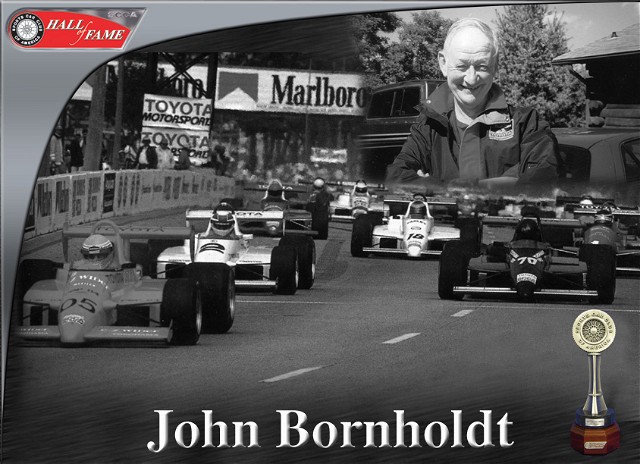 John Bornholdt has been an SCCA steward since the 1950’s when he oversaw the Giant’s Despair Hillcimb which was then part of the National Championship series. He is considered one of the standard by which fine stewards are measured. He has performed his stewarding tasks with great skill, knowledge, acumen, and ability over many years. Across time he has been a chief steward for most of the major SCCA Pro Series and the United States Grand Prix, as well as countless Club Races. He is recognized for having administered them with an even hand, ensuring that all constituencies received a fair hearing, and he was recognized with the Woolf Barnato Trophy. John is still active, and remains an example to the others in the fine art of stewardship. John Bornholdt was present to accept his award.