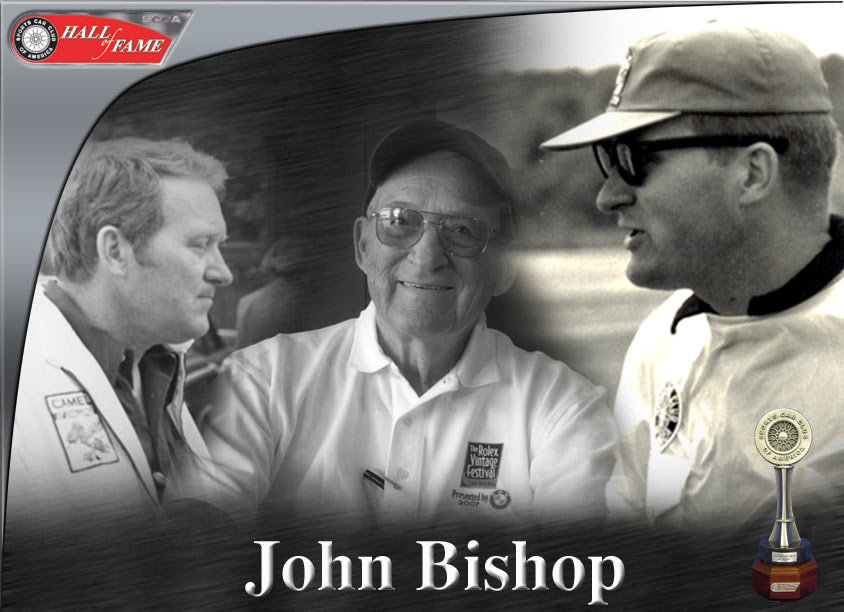 John Bishop is widely recognized as one of the most important names in American sports car racing, having served in multiple capacities with key sanctioning bodies that have shaped the sport. His leadership roles included a stint as the Executive Director of SCCA during a dramatic period that saw fundamental changes in the operation of the Club. He is credited with advancing the Club Racing program through changes to the classification system, ranking cars on their potential rather than their displacement, and overseeing the creation of the class championship system and the SCCA Runoffs concept. In the Professional Racing arena, he played a key role in the creation of the United States Road Racing Championship series, the Can-Am series, the Trans-Am series, and the Formula 5000 series.