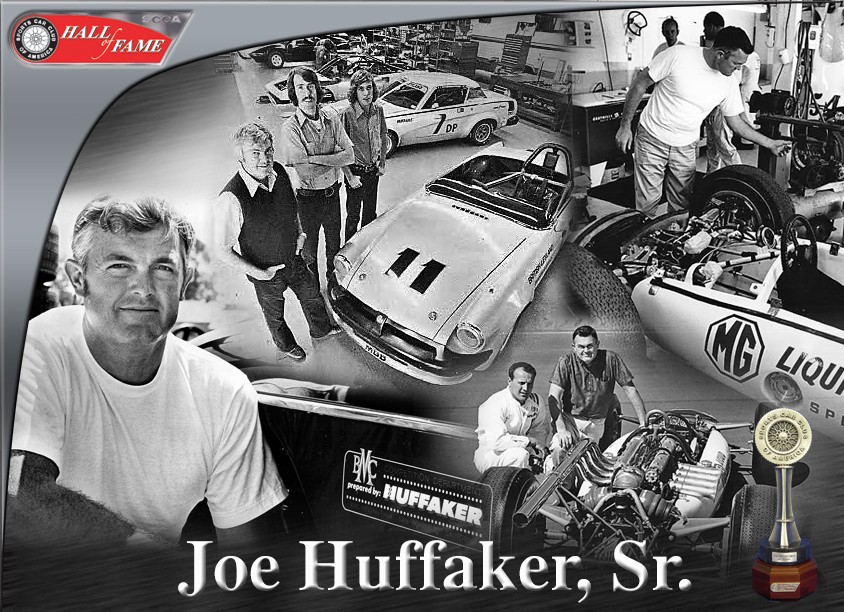 For more than 30 years, Joe Huffaker Sr. was one of the most successful racecar constructors.  In 1954, he was contracted to build an Austin-Healey Special.  The car, known as the Huffaker-Healey, was a common site in the late 1950s on race tracks in Northern California.   In 1959, Huffaker joined British Motor Cars in San Francisco to open a competition department.  Known as BMC Competition Department, this effort spawned a very successful string of cars including the BMC Formula Juniors and Genie Sports Racers.  During this era, BMC Competition Department became one of the largest racecar manufacturers in the United States.