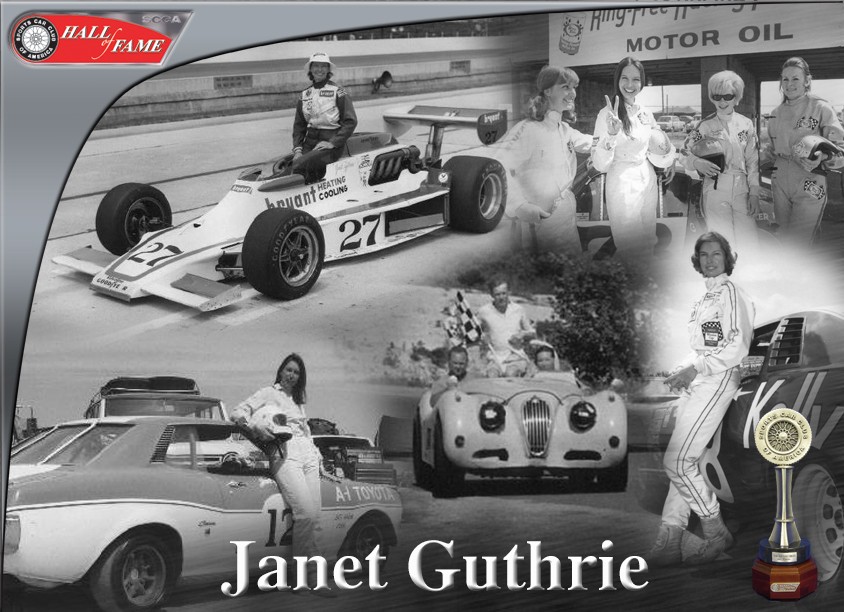 Janet Guthrie grew from grassroots SCCA regional racing to be a pioneer in Indy cars and NASCAR, inspiring others to imagine the impossible. Early on, she campaigned a Jaguar XK 120 coupe, competing in autocrosses, hill climbs and field trials in the New York Region. She then moved to a Jaguar XK 140 for competition in SCCA regional and national races. Guthrie built her own engines, towed the car to races and was her own crew. By 1972, she was a full-time racer, and a year later won the SCCA North Atlantic Road Racing championship in a BS Toyota Celica. She also managed to achieve a couple Sebring class wins.