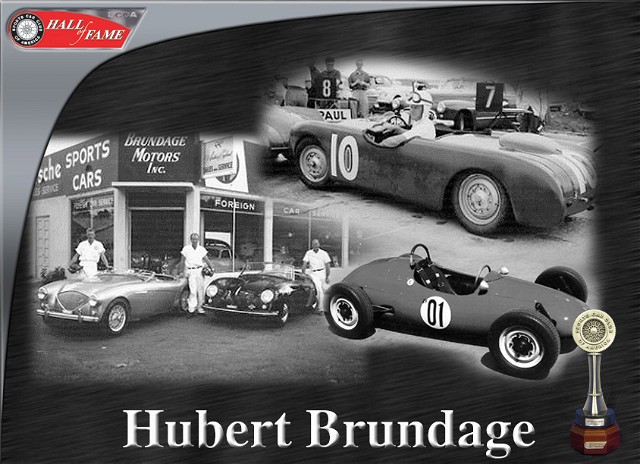 Hubert Brundage was seemingly born with oil in his veins, grease under his fingernails, and exhaust fumes in his lungs. Brundage commissioning Enrico Nardi to construct a single seat, mid-engine Formula Junior car built around a standard Volkswagen engine, transmission, brakes, wheels and suspension in 1958. Though it was never competitive, by 1964 the SCCA had recognized the class for these now Fiberglass bodied Formula Vees, and in 1965 there were more than 1500 in the United States. The class remains among the most popular classes in SCCA to this day. To honor his accomplishments and the strength of the class, every five years, the Formula Vee family gets together to race for the Brundage Cup. While developing what would become the Formula Vee, Hubert became the Porsche importer and distributer for seven Southeastern states. Brundage Motors became one of the most famous endurance and sports car racing teams in the world.