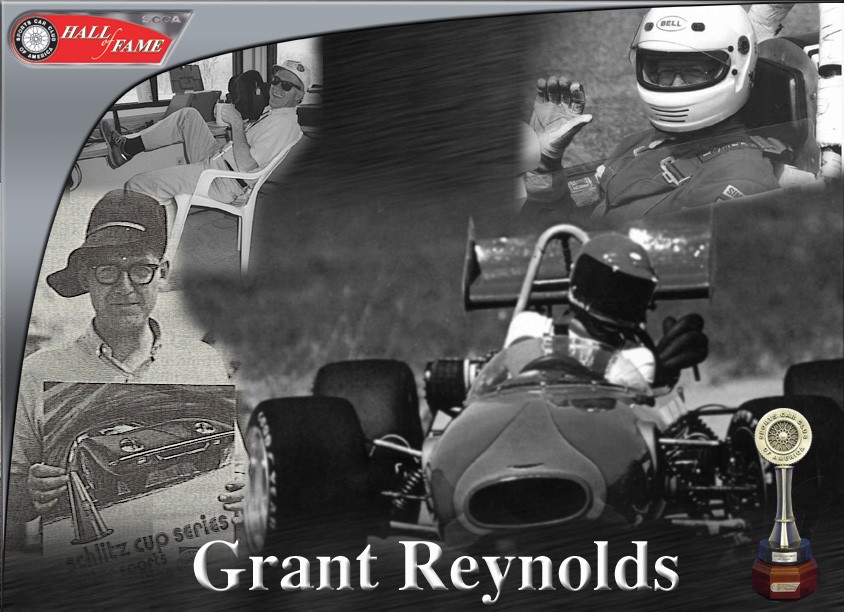 Grant Reynolds was the second Chairman of the Solo Events Committee. He persuaded the Board of Governors to give the committee full Board status as the Solo Events Board, making it equal to the Club Racing Competition Board. It was also under his leadership that the Solo Events Board integrated the gymkhannas being staged by various independent clubs, into what we now know as Solo II. He proposed the idea of a National Championship event for Solo II and helped create the first one. He is still an active race steward today.  Grant Reynolds was present to accept his award.