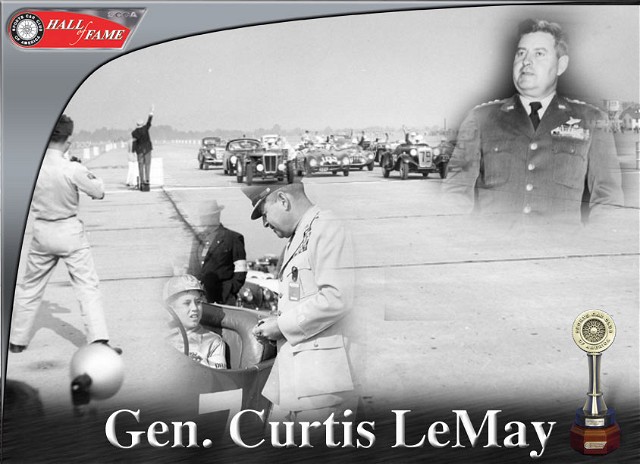 The era of early street road races ended abruptly after a series of serious accidents in the early 1950s. The SCCA racing program was saved by sports car owner and enthusiast General Curtis LeMay who was head of the United States Air Force Strategic Air Command. He opened up the SAC bases to racing. While the “SAC era” lasted a brief three years, it came at a crucial time for the Club as it transitioned us to newly-built racing facilities. For his contributions, LeMay was presented the Woolf Barnato Award in 1954.