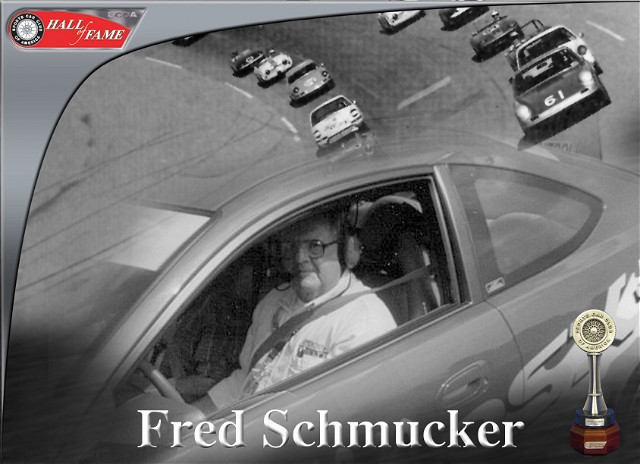 Fred Schmucker joined SCCA in 1961 and competed early on in races, rallys and gymkhanas. However he quickly found his niche not as a competitor, but as a race official. He played a major role in SCCA racing in Florida, and later the whole Southeast. At various times he worked in flagging and communications, pits, grid, tech, starter, and race control. But it was in the stewards program that he found his ultimate calling, serving as an Executive Steward as well as working numerous individual events. He was recipient nationally of the John McGill Award and the Dave Morrell Award as well as the John Reuter Award, the Robert Clark Award, and the Bryan Webb Award in Southeast Division. Fred served on the National Court of Appeals and the SCCA Hall of Fame Formation Committee and Selection Committee. He attended 14 National Conventions, 20 Runoffs, and over 350 individual SCCA events. When we lost Fred Schmucker, we truly lost a man of this club and for this club.