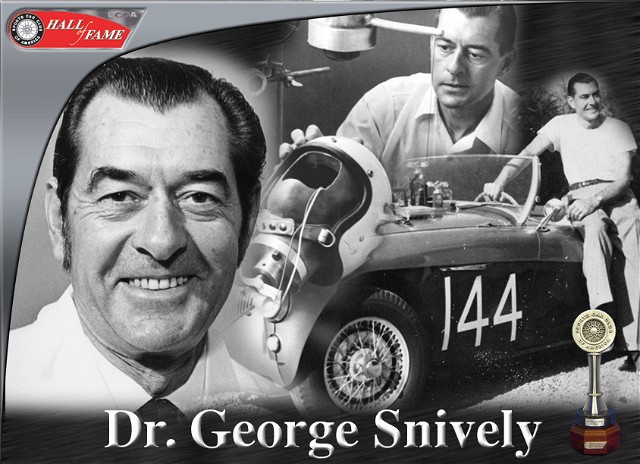 A long-standing member of the SCCA, Dr. George Snively was at the 1956 Redwood Sports Car Races in Arcata, Calif., as a racer and track physician when well respected racer William “Pete” Snell had an accident that left him with a fatal head injury. Since Snell’s death had unquestionably resulted from inferior head protection, the immediate need for helmet standards became apparent. Dr. Snively began a formal research program into head protection, and the San Francisco Region published preliminary results of Dr. Snively’s tests in March of 1957.Armed with this data, the trustees of the William Snell Memorial Fund decided that helmet testing should be their focus and donated funds to further Dr. Snively’s studies; thus, the Snell Foundation was born. Since 1957, the SCCA has required helmets approved by the Snell Foundation, and that approval is also required by motorsports organizations around the world. First presented by the San Francisco Region and officially recognized as a National Award in 1988, the George Snively Award is presented when deemed necessary for outstanding contributions to safety in Motorsports.