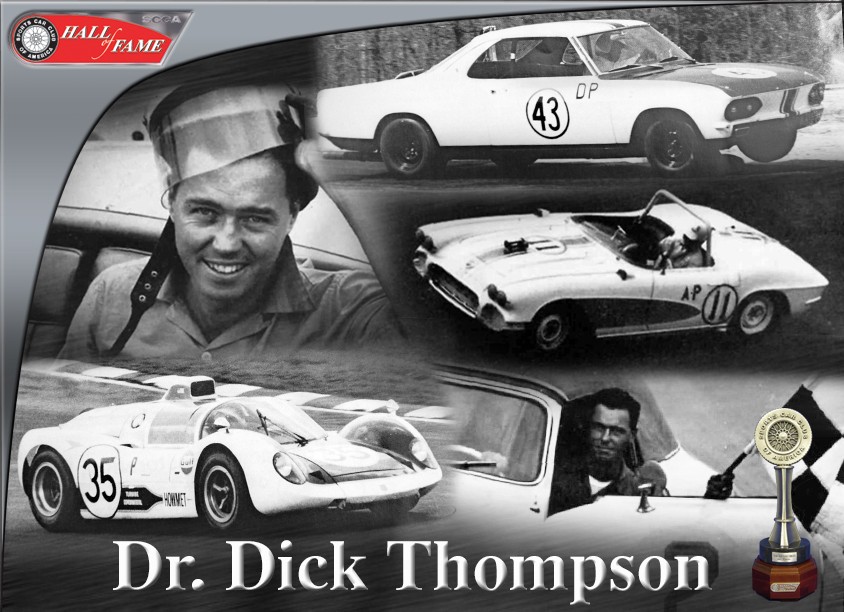 Dr. Dick Thompson, known as The Flying Dentist, began racing in 1952 when he purchased an MG TD to drive on the street and entered competition events as well. He competed in the first 12-hour race at Sebring, when he took his MG to the track and co-drove to an eighth-place finish. The following season, he purchased a Porsche 356 and ran it regularly in SCCA races for a couple of seasons, winning the 1954 F Production National Championship. That same year, Thompson ran some demonstration laps in a Chevrolet Corvette and immediately recognized the vehicle’s potential. He sold his Porsche and a Jaguar XK 120, bought a Corvette, and embarked on a path that brought the Corvette to prominence in motorsport. Behind the wheel of Corvettes, Thompson tore through the record books, earning a class victory at Sebring and several National Championships. His success with Corvettes was inspirational in making the car a viable part of the SCCA race scene, and he was inducted into the Corvette Hall of Fame in 2000, and then in 2013 joined the Le Mans Hall of Fame.