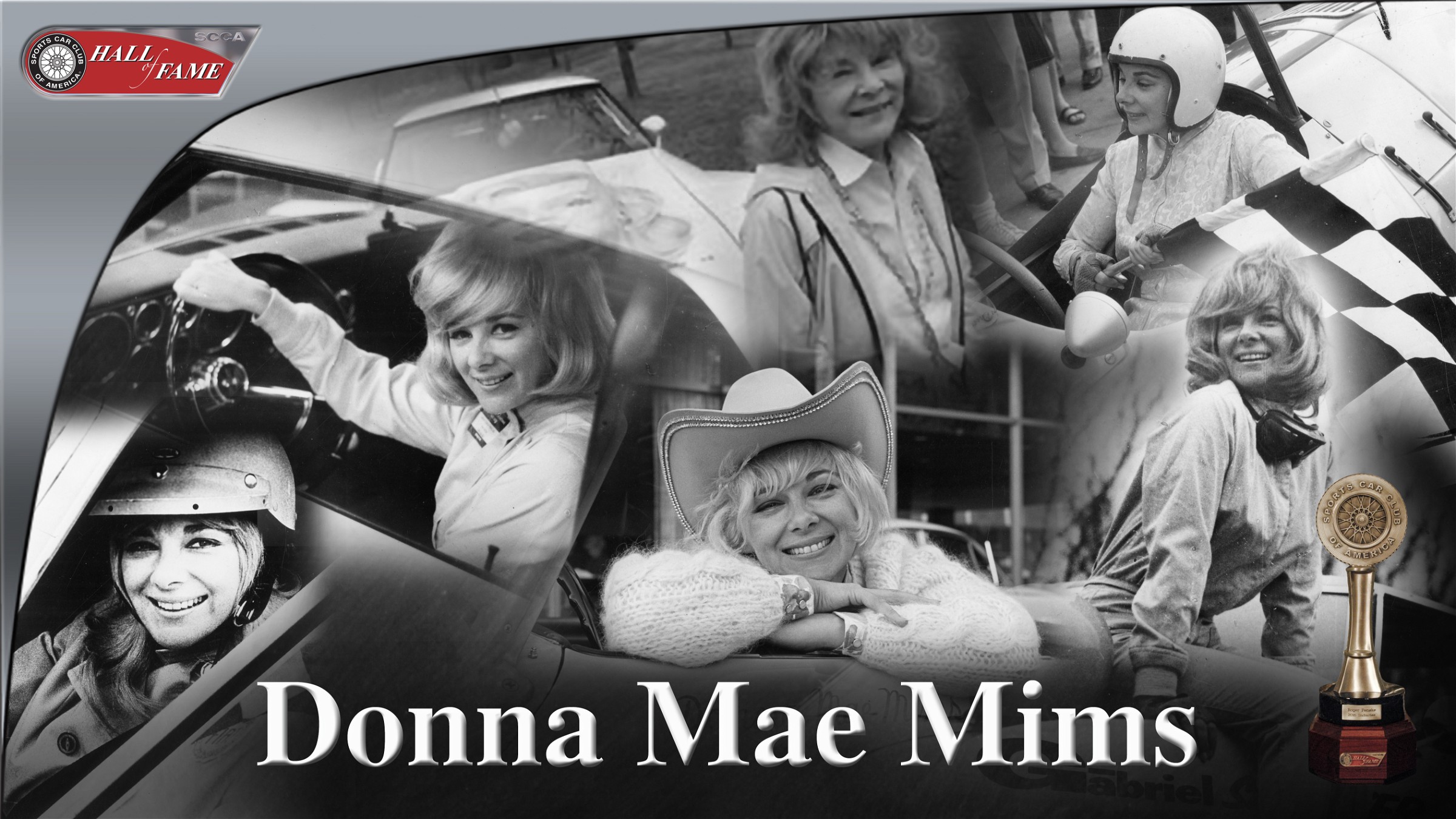 Known as the “Pink Lady” of racing, Steel Cities Region’s Donna Mae Mims established herself as a formidable competitor in sports car racing, and an active participant in Region activities and leadership before becoming the first woman to win an SCCA road racing National Championship in 1963. Though known as a Chevrolet fanatic, Mims’ 1963 National point championship came in H Production behind the wheel of a pink Bugeye Sprite. Mims was also a licensed grid worker, a member of the Region’s Board of Directors, a driving instructor, and editor of the award-winning Region magazine, “Drift.” Easy to spot in her pink driving suit, pink helmet and pink wig, with “Think Pink” emblazoned on the back of her race car, Mims also competed (with Suzy Dietrich and Janet Guthrie) in the Rolex 24 At Daytona and the 12 Hours of Sebring. At her passing in 2009 at the age of 82, her viewing at the funeral home had her seated in her race-winning 1979 Corvette.