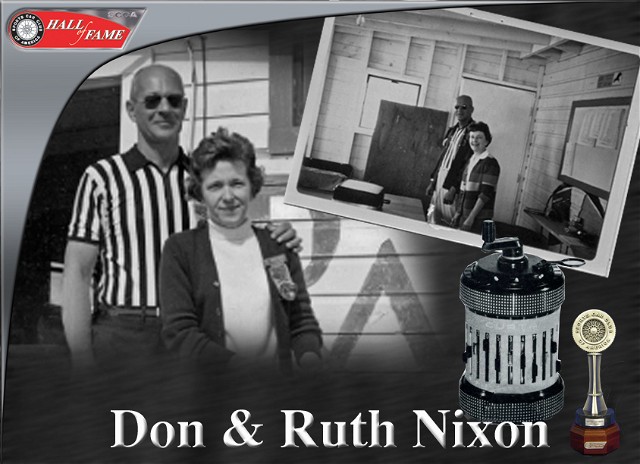 Don & Ruth Nixon present a unique situation to the SCCA Hall of Fame.  They were nominated together, and selected together, because for anyone who knew them, it is simply not possible to think of them apart.  Together, they were involved in Regional, Divisional, and then National leadership roles.  Both served terms on the SCCA Board of Directors.  In fact Ruth was the first woman ever elected to the Board.  Don also served as publisher of SportsCar.  They were race workers all around the country in Timing and Scoring, and were the leaders in bringing that specialty forward into the electronics age from the era of single hand, analog stopwatches, to the world of digital clocks and chronograph timers that would permit a small group of workers to time an entire field of cars.  They joined SCCA in an era when it was a gentleman’s club and women merely tagged along.  They were at the forefront of changing this image and did so, as they did everything….together.