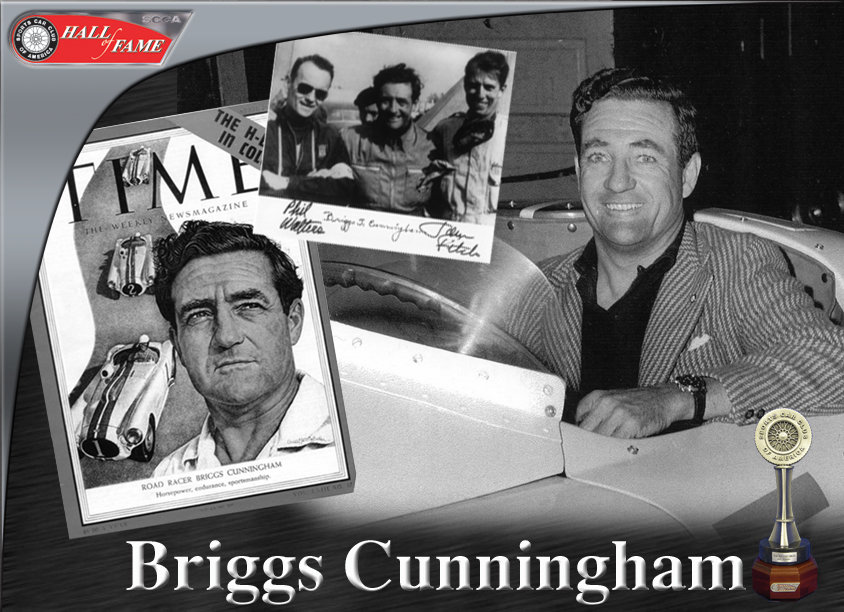 Briggs Cunningham was a contemporary of current SCCA Hall of Fame Members John Fitch, Cameron Argetsinger, and Bill Milliken. A capable racer of both cars and boats, Cunningham competed in SCCA’s very first road race at Watkins Glen in 1948. He was one of the most colorful and successful drivers of his era, with a career that spanned 25 years. But, he was best known as a car owner and the first person to build a team of American cars and drivers capable of challenging the Europeans on the international circuit. His stable of cars included many of the finest machines of the day, but it was clearly led by the highly successful white and blue-striped cars that he commissioned, which bore his own name. Cunningham always competed as an amateur and was always viewed by his competitors as a gentleman. He is a past recipient of the SCCA’s Woolf Barnato Award, has been honored with several motors racing hall of fame inductions, in addition to his road racing career, he captained the America’s Cup winning yacht, Columbia in 1958.