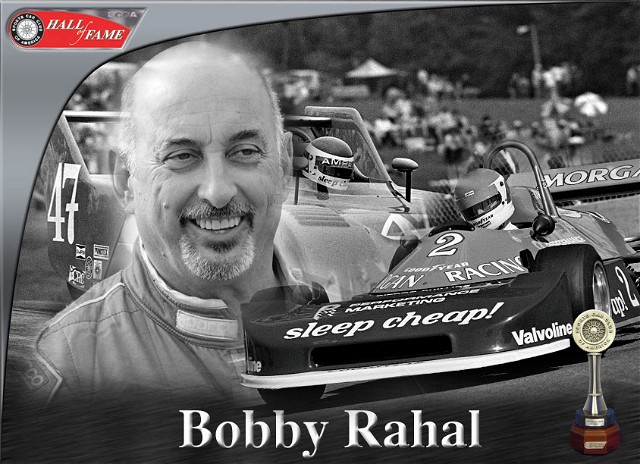 Bobby Rahal retired as a driver in 1998 after a successful career which began as a teenager.  By the time he was 22 he was America’s top amateur racer.  He earned 3 CART championships, 24 wins including the Indy 500 and 18 pole positions.  After gaining experience in Formula 3, Formula 2, and Formula 1 in Europe he came to Can Am, Formula Atlantic and Sports Car racing.  He won the 24 hours of Daytona and the 12 hours of Sebring.  Moving to Cart in 1982 he also earned Rookie of the Year honors.  He raced that circuit for 17 years and was a 2 time driver of the year.  Named by Racer Magazine as one of the top 20 greatest American drivers of the 20th century.  Rahal went to the very first race at Mid Ohio when he was 9 years old.  He served as the interim CEO of CART as they were searching for direction.  He is the current Road Racing Driver Club President.  He owns 16 different car franchises, car dealerships primarily in Pennsylvania.  He spoke at our National Convention in 1988 and the feedback on his speech was that it was hilarious, entertaining and the highlight of the convention.  The Rahal story is about family.  His family and our family.  His dad was a sports car racer.  By the time Bobby was 14 he was planning race strategy.  He grew up around race cars and worked his dad’s pit crew since he was 5 years old. When it was time for Bobby to begin racing, his father started him on the SCCA ladder to success.   In turn, when Bobby’s son, Graham, was of age, he started him on the same path.  The Rahal’s are part of our family and we are part of theirs.