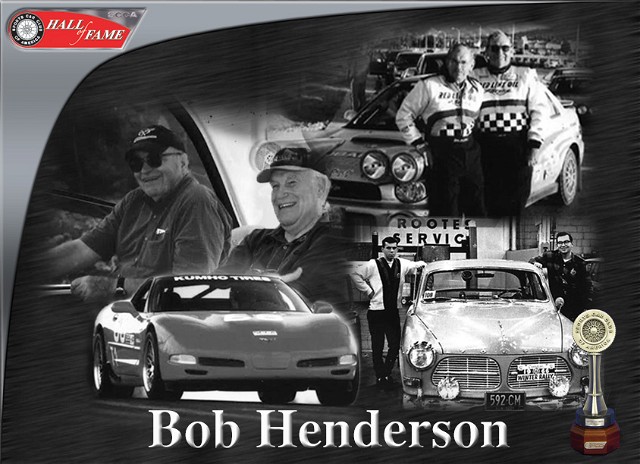 As a driver, Bob has held an SCCA competition license for 53 years. As a race steward, Bob has 41 years of experience. But his lasting legacy came on when Henderson served on the SCCA board of Governors from 1966 to 1972. At the time, the Board recognized dwindling fields and the lack of new cars on the grid. Henderson led a controversial 1971 effort to create a class for stock cars, armed only with minimal safety modifications. Cars for the new Showroom Stock Sedan class, which was run as Regional only when it began in 1972, were the standard base model with absolutely no competition modifications, only a roll bar, safety harness, and a fire extinguisher. Those humble beginnings, for cars that cost under $3,000 new, led to the modern grids that are filled with cars that can trace their roots back to the original Showroom Stock idea – the Touring category, Spec Miata, B-Spec, and more.