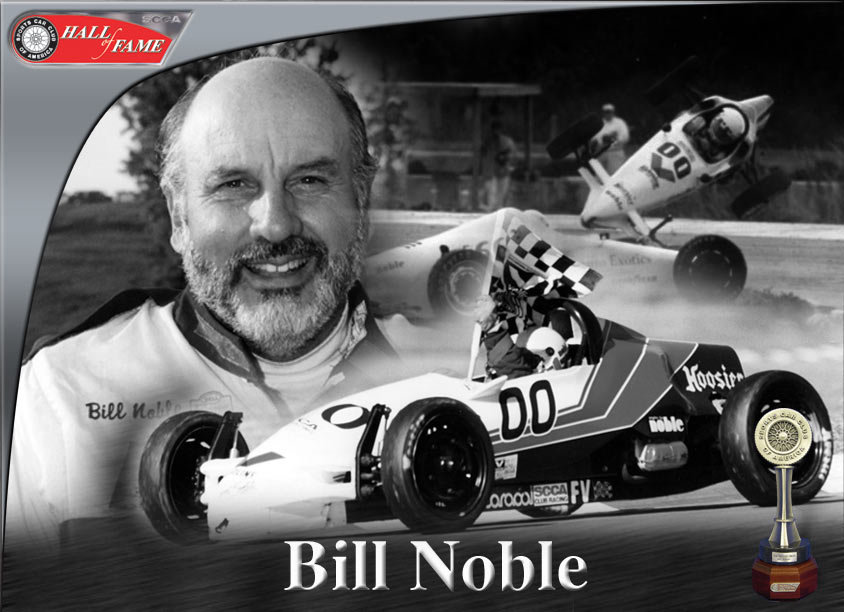 Bill Noble came from humble beginnings and had a country boy demeanor but was very sophisticated and a very astute businessman.  The largest builder and supplier of Formula Vee engines.  Outside of his racing world he bought and invested in real estate and he bought prime hunting land in Kansas.  He also owned a chain of five jewelry stores.  What comes through so clearly looking at Bill Noble’s career is that it was a partnership in all things.  His wife, Lisa was presented with the Kimberly Cup in 1999 as part of that process.  Bill was a five time Runoffs Formula Vee Champion and on the podium 13 times.  His engines won twenty-five times at the Runoffs.  The Kansas Region has an award named for Bill that personifies what he brought to racing: mechanical expertise, driving skill and competitive sportsmanship.  He was a pillar and driving force in the Formula Vee class.  He learned his craft the hard way and went out of his way to help others shortcut the learning curve.  Countless drivers had Bill as their fiercest competitor and most encouraging mentor.  His “At Track Service” was legendary and helped assure an unprecedented level playing field in this spec class.  Bill embodied the spirit of SCCA competition…he’d build you the best engine he could and then go out and beat you.   An “Engine by Bill” sticker on your car didn’t mean you were going to win but if you didn’t, it meant you better have a damn good excuse.  It took a lot of people to make Formula Vee the success that it is but Bill Noble stands tallest among them.