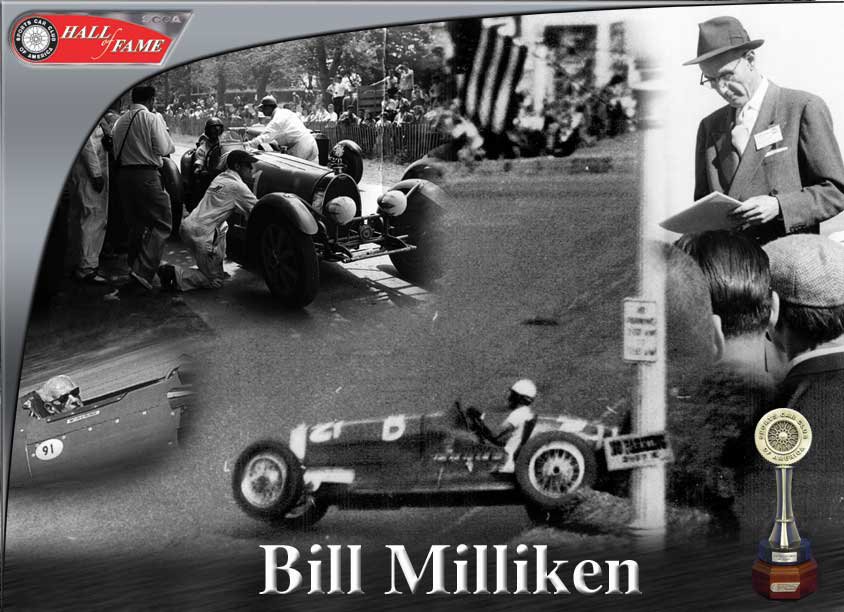 Bill Milliken was one of the first SCCA members to enter his car in competitions, even before SCCA begain to sanction such events. Here he is shown with his Bugatti challenging the hill climb at Pikes Peak. He was involved in many of the club’s early speed contests as either competitor or organizer. Milliken served as Vice President and as a member of the Contest Board, and he was elected to the very first SCCA Board of Directors. He might be most recognized for the wild ride he took in the very first Watkins Glen Grand Prix where he ended upside down against the hay bales. However, his most significant contribution was that he authored the very first set of SCCA General Competition Rules, from which everything we do today is descendent. Mr. Bill Milliken was present to accept his award.