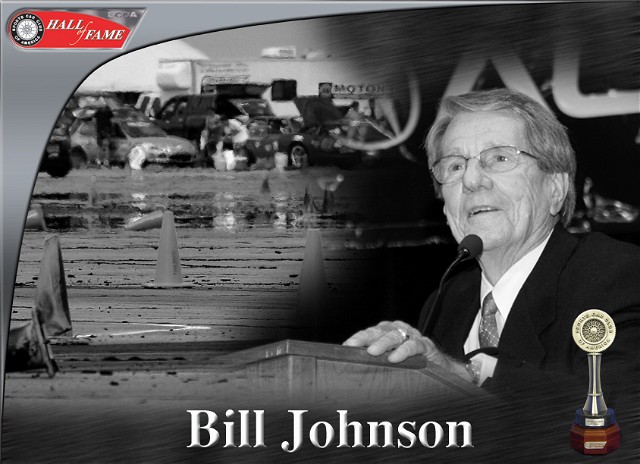 I have achieved many things in SCCA. But among them, one of those that truly stands out in my mind is the time I made Bill Johnson speechless upon his receiving the Dave Morell Award at this convention. Remarkably, Bill opted NOT to take the microphone, but rather to quietly return to his seat. I told the crowd that day that the cool breeze was hell freezing over. Bill Johnson is one of the most unique personalities in this club, and usually one who can be relied upon to carry the conversation. He can also be relied upon in many other ways. He is a man of many abilities, and he has used them all for the benefit of SCCA. He is a visionary, and his role in the creation of the original Pro Solo format proves that. He is an able manager, and his role as race chief steward and divisional executive steward overseeing countless races gives evidence of that, as does his receipt of the Dave Morrell Award. He is a leader, as witnessed by the years that he served upon, and chaired, the SCCA Board of Directors, for which he was honored with the Woolf Barnato Award. He is tenacious and talented, which has never been more evident than when he led the stewards program through a massive reorganization during his tenure as chairman of the stewards program. Any one of these accomplishments would have made Johnson a strong candidate for the SCCA Hall of Fame. Given that he accomplished them all during his years in the club, his induction has long been a certainty.