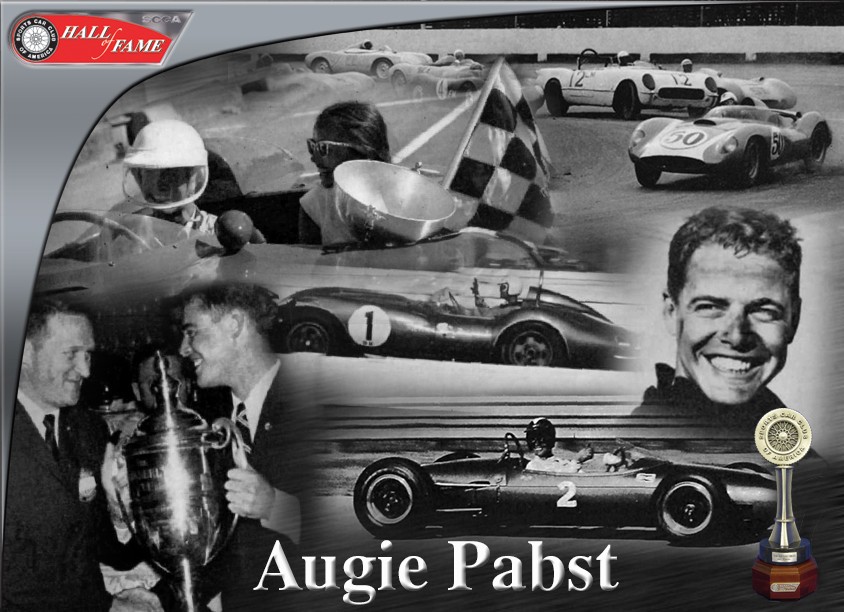 During his 10-year racing career, August “Augie” Pabst teamed with some of the best in the motorsport world, including SCCA Hall of Fame members Roger Penske and Briggs Cunningham, as well as Walt Hansgen and Harry Heuer. He piloted some of the best and most famous cars of the era – Ferrari, Scarab, Maserati, Mercedes and Corvette -- and won countless races, along with two National Championships driving for Peter Hand. Additionally, Pabst was part of a group of drivers who helped bring about payment for drivers involved in U.S. road racing.

In his short, but storied career, Pabst not only competed against but often beat competitors such as Carroll Shelby, Roger Penske, Bob Holbert, Jim Hall, Bob Sharp, Sterling Moss and Dan Gurney. He is a member of the Motorsports Hall of Fame of America, remains a supporter of local Club events and is a member of the Road America Board of Directors Emeritus. Of course, Pabst is also well known as one of the impish individuals responsible for landing a Ford Falcon rental car at the bottom of a hotel pool in Monterey, California.