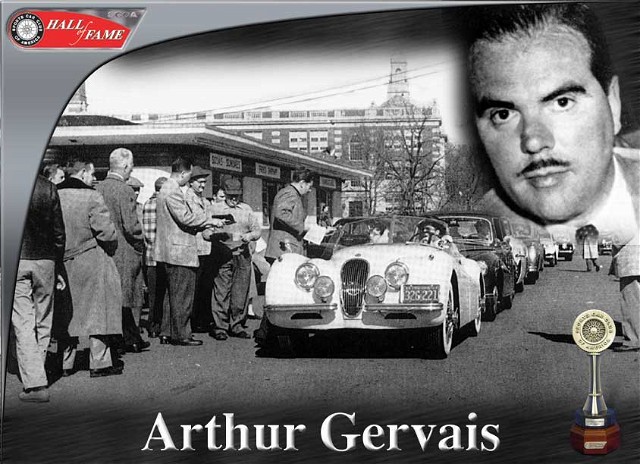 Arthur Gervais was an original member of the SCCA Rally Board and its chairman for many years. He led the sport during a period of transition, when rally was struggling with the change from casual touring with few organizational guidelines, to serious competition with a well organized nationwide program. He was one of the people most responsible for the creation of the SCCA National Rally Program, which at that time encompassed both low speed road rallies and high speed performance rallies. During the early years of the national rally program, he was the glue that held the sport together. Today his name graces the award given to the outstanding National Course Rally of the Year.