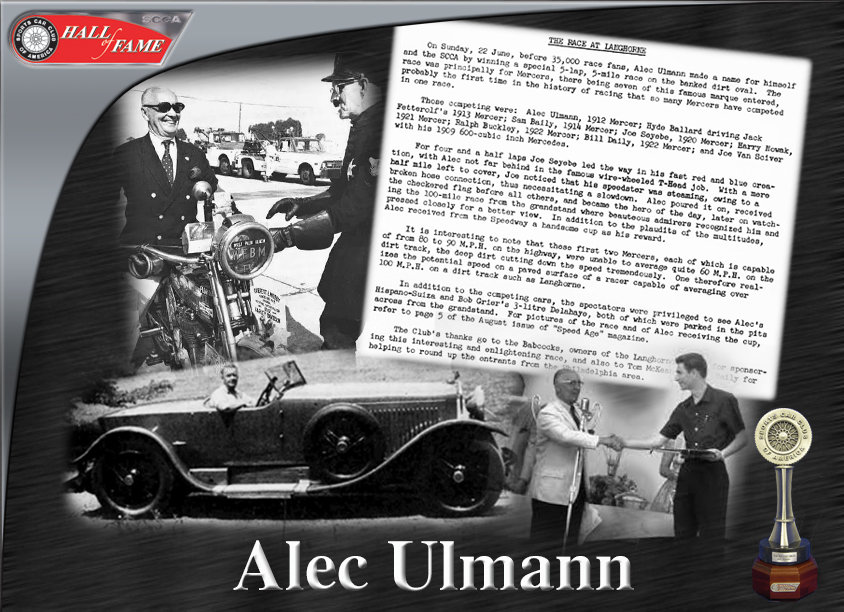 Alexander Edward Ulmann joined SCCA just four months after the Club’s inception in 1944. He won the SCCA’s first race on a one-mile dirt track in Langhorne, Pennsylvania, as a support race for the Triple-A “Big Car” race. Alec became the Chief Steward for the first races at Watkins Glen and Bridgehampton. Ulmann’s visit to the 24 hours of Le Mans in 1950 inspired him to organize the first American endurance race at an airport in Sebring, Florida. The success of the first event allowed Ulmann to convince the FIA to host the opening round of their new sports car World Championship. In 1959, he brought the Formula 1 World Championship to Sebring as well. Long before other major circuits in North America understood sponsorship, signage and hospitality, Ulmann was marketing his events and tracks to major corporations. Those efforts set the foundation for Sebring to remain a major player in the motorsports industry today.