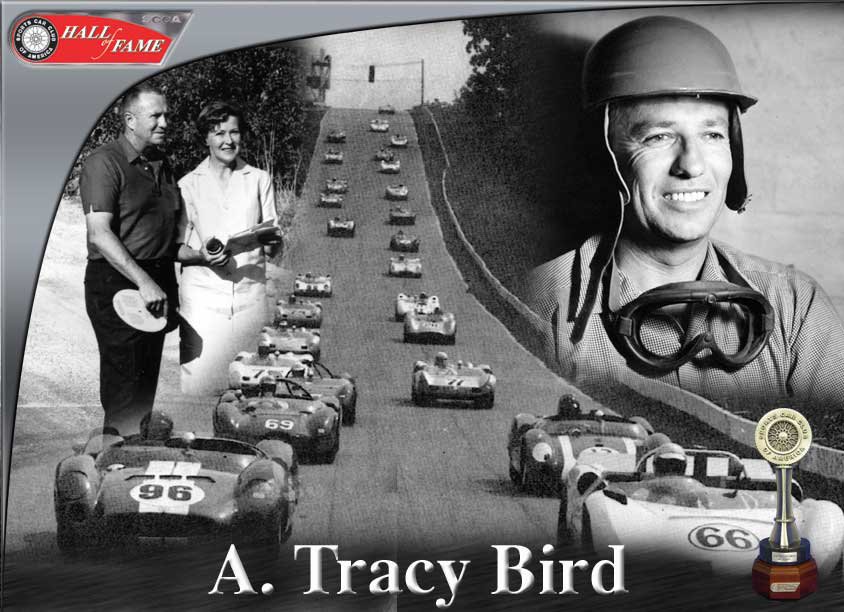 After early involvement as a racer and race organizer, Tracy Bird entered the national SCCA limelight as a member of the Contest Board and Activities Board. He was elected to the original SCCA Board of Governors which we now call Directors, and he served as its second Chairman of the board. He was appointed SCCA’s representative to ACCUS, and later served as SCCA Executive Director or President. Bird’s leadership saw the club through the internal struggle over whether SCCA would be a gentlemen’s sports club or an international sanctioning body. He is my personal hero for the role he played at the forefront of the battle over control of road racing in America in the sixties. No single person has played a bigger role in shaping this club into what it is today. Tracy’s daughter, Barbara Bird accepted this award.