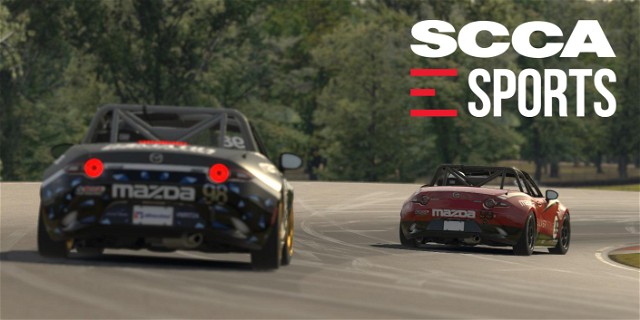 On the heels of a successful first season of the Hoosier Racing Tire SCCA eSports Super Tour, we are excited to announce the next Tour will be starting up May 28, 2020 with some key changes based on lessons learned from season one, along with the understanding that real world motorsports are beginning to ramp back up.

Season one of the Tour consisted of five race groups, running on Saturdays over the course of five hours. This created an opportunity for large participation numbers, and something for everyone in terms of cars to race, from big bad Caddys to open wheel Skip Barber Formula cars.

For season two of the Tour, we are going to trim and tighten things up a bit to help focus the competition and reduce the time requirement for those participating. Here are the details!

To avoid running on top of real-world events, the eSports Super Tour will be moving to Thursday evenings and the series will run for six consecutive weeks, beginning May 28 and ending July 2.

We will be implementing a stewarding system to help with any incidents that happen on track. This will be a combination of iRacing’s point system, as well as a Stewards Board for any race disputes or if a more personal approach is necessary. Details on how iRacing’s point system will be utilized will be posted on the eSports page soon.

That’s right, this season will be a points series with each driver’s best five race results counting towards the Championship. Also new for season two are prizes for each series champion, which will be announced soon. So, stay tuned for that!

A whole lot of people enjoyed watching the broadcasts from season one, so we will continue that for the second season. We’ll broadcast the 20-minute races on both YouTube and Facebook Live, with a total airtime of around an hour, with the inclusion of qualifying.

The schedule will include some of the popular tracks from this last season, along with a couple new legendary tracks. The series will kick off at VIRrginia International Raceway and wrap up at the home of the 2020 SCCA Runoffs, Road America. The rest of the calendar includes Michelin Raceway Road Atlanta, Lime Rock Park, Sonoma Raceway and Weathertech Raceway Laguna Seca.

We hope you are as excited for the new season as we are, and we can’t wait to get it kicked off!

If you have any challenges with registration, please contact us here.