RallyCross Is a Blast, and These Videos Prove It 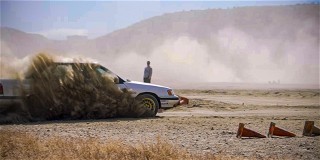 “Oh man it’s fun! It doesn’t get much more fun than that!” And with that enthusiastic endorsement from RallyCross National Champion Bret Hunter, a promotional video produced by SCCA kicks off two minutes of unadulterated RallyCross eye candy.

With dirt flying and cars sliding, RallyCross is one of SCCA’s most cherished hidden gems. It’s like autocross, but crazier because traction is limited, sliding is encouraged, and every run counts toward the driver’s total score – to win in SCCA RallyCross, competitors need to be fast and accurate, run after run after run.

A sport unlike any other in the Club, SCCA RallyCross can take place in dirt, mud, and even on snow or ice. The less traction there is, the greater the challenge and the larger the smiles on the faces of everyone around.

But that's not the only RallyCross video online.

In late September, SCCA hosted the 2022 RallyCross National Championship, where the best of the best converged on Pike Peak International Raceway in Colorado to crown nine SCCA National Champions. There, independently-produced videos illustrate the action from down low, up high, and even inside.

Enjoy the videos, discover more about SCCA RallyCross here, then find an event near you and go have a blast!