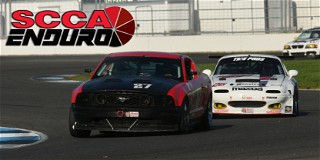 Sports Car Club of America has released a proposed technical and class rule set for its new national Enduro program and is looking for feedback before final presentation to the SCCA Board of Directors and approval in December.

The 2022 SCCA Team Endurance National Tour is set to launch May 21/22 at Nelson Ledges Road Course in Ohio and will be followed by events at VIR (June) Buttonwillow Raceway (November) and MSR Houston (Dec).

Developed by the Endurance Racing Board (ERB), the ruleset for modified production-based cars is designed to reduce confusion and the need for extensive compliance checks. Unlike SCCA’s other programs, where ultimate lap time potential is the most critical component in determining the finishing order, the rules are built with the awareness that preserving equipment, reducing time in the pits, flawless execution and strategy are the most critical elements in winning an endurance competition.

During the past 10 months, the ERB has evaluated several different methodologies toward classification, including individual vehicle spec lines, point systems, power-to-weight, bracket formats, etc. Each has its merits and challenges. Ultimately, to develop a program that can be deployed by SCCA Regions with consistency and fairness across the country, the following path was chosen.

SCCA Enduro will include four classes, each with a maximum tire size (200 treadwear minimum), fuel capacity and adjusted displacement limit. The class, or classes, in which a car will be eligible to compete is based on the base displacement of the engine in the vehicle, with adjustments to that displacement based on performance modifications to the drivetrain, suspension and/or aerodynamics. This “adjusted” displacement then determines the lowest class eligible. The team can run in that class or any (faster) class above it based on the desired tire size and fuel capacity.

The goal is that teams can do almost anything to their production-based car and nearly every vehicle within the performance window will have a spot to participate.

The rule set allows for a lot of freedom in the build of the car. Mass-produced engine swaps are permitted. Ignition and fuel delivery are open to modification, and engine internals are free. This is done to allow teams to build the car that they want to build and not turn the activity into an exercise in determining technical compliance.

The more power a car makes and the faster it goes around the track, the more consumables, like fuel and tires, it will use, requiring more time in the pits. Also, with modifications and speed come a greater risk for mechanical failures. There are pros and cons to being the tortoise or the hare.

Car class is determined by the Enduro Class Table, which is available as a draft spreadsheet here.

A car’s minimum weight (full fuel tank without driver) is based on the engine displacement plus any drivetrain modifications (including forced induction or transmission modifiers) at a rate of 1 lb./cc. The minimum weight is capped at 3,300 lbs., with a floor of 2,000lbs., although there are allowances for cars that may be over- or under-weight (described later).

Example: 2.8L, naturally aspirated engine with an original equipment transmission would weigh a minimum of 2,800 lbs.

If the car had factory forced induction, which carries a displacement multiplier of 2x, the new adjusted displacement would be 5.6L.

Because it carries a drivetrain modification, which is considered when determining minimum weight, the new weight is based off the adjusted displacement of 5.6L, meaning it would be capped at 3,300lbs.

But your 2.8L supercharged racecar only weighs 3,000lbs., which is 300lbs. below the minimum weight. Because you’re underweight, you can take a further adjustment to your displacement at the rate of 0.2L per 100lbs. you are under, with a maximum of 250lbs., or 0.5L.

The 0.5L addition to your displacement for being 250lbs. underweight now brings your adjusted displacement to 6.1L, which still allows you in the Enduro 1 class, and now at a 3,050 minimum weight. The car would need to add 50lbs. of ballast to reach the minimum.

Suspension and aerodynamic modifiers add to the adjusted displacement of a vehicle. Shocks with more than a single adjustment, remote reservoirs or modified spring perches carry a 0.5L addition. Adding a splitter or a rear wing each carry an addition of 0.25L.

The supercharged 2.8L car doesn’t have any room for additional modifications at that weight. But if the car wasn’t built so light, and was at 3,300lbs., it would have 0.6L of modifications left in Enduro 1 before reaching the maximum allowed adjusted displacement of 6.2L. That would allow coilover shocks or a splitter/wing combination.

The lower a car is in the displacement range of a class, the more opportunity it has to take modifier adjustments before it bumps to the next class. Cars above 6.2L in adjusted displacement are not eligible for competition.

The full technical and safety regulations document — approved by the SCCA Board of Directors 12/10/21 — is available here.  Feedback can be submitted below.

Sporting regulations, which outline how races will be conducted, will be released soon.