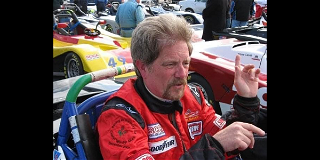 Howard “Duck” Allen was one of the most widely recognized and memorable members of SCCA. First joining the club in 1978 shortly after moving from his native Michigan to Portland, Oregon, Howard began participating in F&C with his wife Cheryl “Mindy” Allen. Howard later campaigned a VW Rabbit in F Production and G Production. Sometimes he would enter the car in both classes at the Runoffs, swapping engines back and forth between qualifying and race sessions. Later, Howard purchased a Spec Racer Ford and campaigned that car until the end of his driving career.

In the 1990s, Howard became a steward. Then in 2003 he was elected Area Director for the Pacific Northwest and served two terms on the national board. He also served as Secretary to the SCCA Pro Racing board. As an official, he particularly enjoyed driving the pace car at the Runoffs. But in Oregon Region he was best known as the chief instructor at the annual driver’s school. A generation of Northwest racers got their introduction to SCCA through Howard, and went on to succeed in our club. Oregon Region’s Rookie of the Year award is known as the Howard Allen Award for this reason.

In his personal life Howard was devoted to his wife Cheryl, who predeceased him in December, 2009. Before her passing, she told Howard she would be his guardian angel, sitting on his right shoulder. By the Spring of 2010, Howard sported a new tattoo on that shoulder, featuring her name in a bouquet of roses. Howard never remarried.

To his fellow SCCA members, Howard was well-known for his candor and for his often-inappropriate but always good-natured sense of humor. He was serious only when discussing racing, and was passionate about educating new drivers in how to race well and safely. Above all, Howard was dedicated to fairness in all things.

To his friends, Howard was someone you knew you could count on. There was nothing you couldn’t ask of him, and if it was within his ability to help, he would do it. Howard might make you cringe on occasion, yet he was always a friend you wanted nearby. His practical and bluntly candid outlook on life made him a trusted advisor, and his compassion made him the person to seek out when things seemed at the worst. Howard’s friends remain fiercely loyal to him, and that says all you need to know about the man.

It’s often said that people come to SCCA for the racing, but stay for the people. Howard “Duck” Allen was one of those people who made new racers want to stick around. We will not see his equal again.