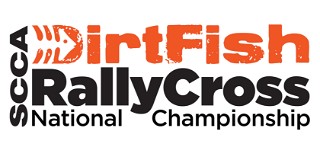 TOPEKA, Kan. (Dec. 18, 2018) - The RallyCross Board and SCCA® National Office have opted to return to the National Balloon Classic Memorial Balloon Field in Indianola, Iowa, for the 2019 DirtFish SCCA® RallyCross National Championship. Slated to take place September 20-22, this will be the second year in a row that the venue has hosted the end-of-year Championship event.

In preparation for next year’s Championship, the RallyCross Board is asking competitors to take a short, three-question survey. The feedback will be used to help construct next year’s event.  The survey can be taken at https://www.surveymonkey.com/r/MTKSNJK.

RallyCross is SCCA’s most widespread and readily accessible form of extreme dirt motorsport. The activity is a scaled-down version of a rally stage laid out on a non-paved plot of land where the course is delineated by traffic cones instead of trees or rocks. Participation requirements are considerably less than those associated with other forms of performance rally, so drivers usually only need a mechanically sound, hardtop vehicle and a helmet to come play in the dirt.