Ron Foley Resigns from RallyCross Board 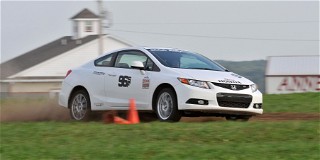 TOPEKA, Kan. (Nov. 17, 2017) -- During its monthly conference call, Ron Foley announced his resignation from the RallyCross Board (RXB).

Foley has been a RXB member for over five years and served in various capacities. He mentored many current DRXS and competitors, and is a force to be reckoned with in the Southeast Division with most of the new regional programs owing thanks to him. The whole Division thanks him each year as a founder of the Dixie RallyCross Championship that started seven years ago.

“Ron has a way of bringing out the best in folks,” said RallyCross Board member Stephen Hyatt. “He doesn't like to draw accolades to himself, but rather gives them to others.  He works behind the scenes to make events run great and make relationships work. Everyone is drawn to his cheerful character and outlook.  But behind that cheerful outlook is a fierce competitor that belies his age.  Make no mistake, he wants to beat you.”

Foley has been a motorsports competitor since he was a young man. Prior to joining the RallyCross program, Foley was a serious competitor in SCCA® Solo.  He also raced extensively in the desert on a motorcycle.

Foley will be missed by the RXB, but has promised to continue his involvement in many other ways. The RXB and SCCA sincerely thank Foley for his service.

Photo: Ron Foley wheeling his vehicle at a RallyCross event.