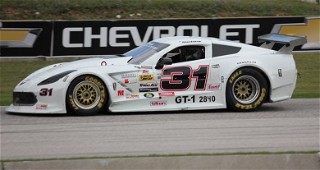 ELKHART LAKE, Wis. (July 31, 2016) – It’s not uncommon for SCCA U.S. Majors Tour drivers to claim back-to-back wins over the course of a competition weekend.  But as regular-season racing draws to a close and the SCCA National Championship Runoffs near, those on a “hot streak” should be noted.

This weekend’s SCCA Cat Majors at Road America, hosted by the Milwaukee Region, saw a handful of drivers extend winning streaks.  One such individual was Prototype 2 pilot Jake Thielmann in his WF1 Stohr.  After two victories this weekend at Road America, he now has six wins in a row.

“This is a definite change for me from last year.  I had a rough beginning last year getting used to the car,” Thielmann said.  “Coming into the Championship this year on a hot streak makes me excited.  It makes me feel like I got a great chance of winning the Runoffs.”

Another open-cockpit pilot edging forward with a win streak is Formula Atlantic’s Austin Mack in his Mazda Swift 016 racecar.  Last weekend, he went back-to-back at the SCCA U.S. Majors Tour at New Jersey Motorsports Park.  This weekend, he did the same during the Cat Majors.

“We’ve been pretty darn fast,” Mack said after taking another win Sunday at Road America.  “I feel pretty good that we’ve got some momentum going into the Runoffs.  And that’s important.”

A few other drivers are riding four-win streaks after action this weekend on the 14-turn, four-mile road circuit in Elkhart Lake, Wisconsin. B-Spec racer David Daughtery, in a Honda Fit, is on just such a stretch, as well as F Production driver John Walker in his Lotus Super 7 chariot.

“It feels good to have this hot streak, and I hope to add two more wins at the SCCA Majors Tour at Grattan Raceway in two weeks,” Walker said.  “And when it comes down to the time it really counts at Mid-Ohio for the Runoffs, hopefully we can keep this going.”

Below are provisional race results from Sunday’s SCCA Cat Majors at Road America with Class: Name, Hometown and Car.