Penske, Pobst Among Five 2016 Additions to the SCCA Hall of Fame 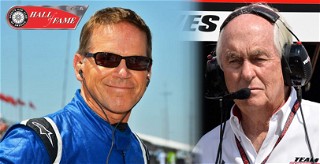 TOPEKA, Kan. (Dec. 17, 2015) – Five individuals who made indelible marks on the Sports Car Club of America and the world of motorsports were announced as the Club’s newest Hall of Fame class today, adding their names to a list of eternal superstars. Hubert Brundage, Bob Henderson, Roger Penske, Randy Pobst and Alec Ulmann comprise the latest class to join the elite ranks.

As in years past, this group will be formally inducted to the Hall of Fame as part of the SCCA Hall of Fame and Awards Banquet Presented by Mazda, Jan. 23. That event will serve as the capstone of the three-day SCCA Convention taking place at the South Point Hotel and Casino, in Las Vegas.

Along with the accomplishments of the 62 previous inductees, these Hall of Fame members laid the building blocks that have elevated SCCA’s stature in the motorsports world for more than 70 years.

Brundage is credited with the creation of Club Racing’s Formula Vee race class and the famous Brumos Racing brand. The class came to be as a distant result of a 12th-place finish in the 1952 12-hour endurance race at Sebring International Raceway. Hubert envisioned a single-seat, open-wheeled racecar using a standard VW engine, transmission, brakes, wheels and suspension that would allow a low cost entry into the world of formula car racing. By 1964, the Formula Vee class was recognized by the SCCA and a year later there would be more than 1,500 cars in competition around the world.

Brundage also became a distributor for Porsche in 1959 and started his company, Brumos. His racing team went on to become one of the most storied organizations in professional sports car endurance racing. Brundage died Nov. 9, 1964 as a result injuries from a motorcycle accident.

Henderson is a long-time Club Racing driver, Steward and Club leader. His most significant contribution to the Club was the creation of the Showroom Stock category of Club Racing classes during 1972. The class, and its derivations running today, became the starting place for many racers in that day. Even Henderson’s fellow inductee, Pobst, began his storied fender-to-fender racing career in the Showroom Stock classes during the 1980s. Though hard to imagine today, the idea of a “stock” racing class was controversial at its beginning.

The Penske name is synonymous with motorsports around the world. Before becoming one of the most successful businessmen and team owners anywhere in motorsports, Penske started his racing career as a driver. Between 1960 and 1965, Penske claimed three National Championships – before the Runoffs era – and three President’s Cup awards. He also earned accolades outside the Club after being named the Sports Illustrated ‘Driver of the Year.’

After leaving the driver’s seat in 1965, Penske’s focus rested on his business interests and his startup racing team. The team consisting of Penske and fellow SCCA Hall of Famer Mark Donohue would go on to win in SCCA Trans-Am and Can-Am, and the Indianapolis 500. That history included a foray into Formula One. The team has captured championships in IndyCars and sports cars, stood in victory lane at the Daytona 500 and 14 times following the Indianapolis 500, won in Formula One and remain regular contenders for championships in the top forms of racing in the United States, today.

While Pobst is still an active driver, he has spent the last handful of years developing into a respected automotive journalist. SportsCar magazine and Autoweek are two examples of the publications for which Pobst works. His behind-the-wheel feel, and ability to communicate those sensations, speak to both the auto enthusiast and novice.

Ulmann was a Russian immigrant whose family was forced out of the country following the Bolshevik revolution. After graduating from the Massachusetts Institute of Technology with a Master’s in Aeronautical Engineering, in 1928, Ulmann held several technical positions with firms like Goodyear, Dewy Almy Chemical and Aviquipo. He later went on to start his own company.

In June of 1944, four months after the official formation of the Club, Ulmann joined. He went on to win the SCCA’s first road race in 1947 and was the first chairman of the SCCA Activities Board. Ulmann also won the first Tom McKean award and served as chief steward for initial events at Watkins Glen, Bridgehampton, Floyd Bennett and Westhampton. Ulmann was also responsible for bringing endurance sports car racing to Sebring, Florida, the first post-World War Two international race in the United States.

The new class of five inductees will join this list of 62 previously-entered SCCA Hall of Fame members: