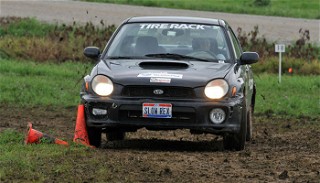 The season will start out west at the Desert Empire Fairgrounds, in Ridgecrest, California, April 15-17. The next stop will be at Gravel Mountain, in Frostburg, Maryland, July 8-10, with the last event held at Colorado Offroad Extreme, in Deertrail, Colorado, Aug. 5-7.

Each event will be a stand-alone, two-day affair. There is no season-long point structure for the National Challenge. Additional information surrounding the three events, including costs and weekend schedules, will be released in the coming weeks.

“With the change from a Divisional-based to a geographical-based system, the National Challenges will become closer to the RallyCross National Championship,” Steve Hyatt, Chairman of the RallyCross Board, said. “This means RallyCross competitors will get the feel, look and procedures of the highest level of RallyCrossing.

“The three sites chosen and the host Regions, for this year, have a proven record of holding large events. With the National staff and equipment supporting the events, each will be a destination for RallyCross competitors.”

The 2016 RallyCross season will be concluded with the RallyCross National Championship, at the site of the National Balloon classic, in Indianola, Iowa, Sept.30-Oct.2. Additional information on the SCCA RallyCross program can be found on SCCA.com.

Image: The moment of impact as a driver get too close to a course cone at the 2015 SCCA RallyCross National Championship.
Credit: Rupert Berrington