RallyCross National Challenge to be Revamped 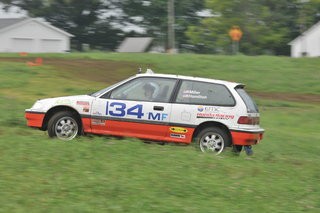 TOPEKA, Kan. (Oct. 15, 2015) – The structure of the SCCA RallyCross® National Challenge program is set to change for 2016. Additional resources from the SCCA National Office will be provided to create a more uniform experience for competitors in different parts of the country that will be more representative of the National Championship event.

This new plan to ‘take RallyCross Nationals on the Road’ will have the SCCA National office partnering with host Regions to create this Nationals-like experience. SCCA will assume some of the more onerous tasks and responsibilities such as financial risk, sanctioning, registration, timing and scoring, and general event administration. Regions would truly be the hosts of the event focused on site procurement, site relations and social activities.

The SCCA would support these RallyCross National Challenge events with promotion, an operations trailer, and equipment, along with event operational rules and procedures consistent with the National Championship. This consistency will make the events more attractive for drivers from different areas of the country to converge and compete on a level playing field with known expectations.

A schedule for the upcoming season has not been finalized, but will be announced once that information is available.

Image: Kent Hamilton slings his Honda Civic around the course at the 2015 RallyCross Nationals in Indianola, Iowa.
Credit: Rupert Berrington