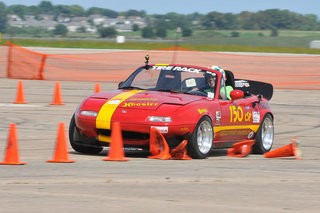 LINCOLN, Neb. (Sept. 11, 2015) - Congratulations to our new crop of National Champions crowned at the Tire Rack SCCA National Championships Presented by Garmin VIRB, at Lincoln Airpark. This year’s event set new participation records at 1,226 drivers took to the pair of autocross courses to determine National Champions in 64 classes, and winners in nine supplemental classes. Here is a complete list of this year’s winners: