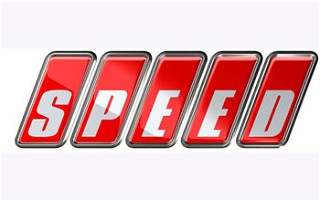 MONTEREY, Calif. (Oct. 20, 2007)  SCCA Pro Racing and SPEED announced today that the SCCA SPEED World Challenge Championships will again be broadcast on SPEED in 2008, marking the 13th year of its partnership.For the 10th-straight year, each SCCA SPEED Touring Car and SCCA SPEED GT race will feature one-hour broadcasts on a tape-delayed basis on the network, generating 20 hours of unique programming.We are very pleased to continue our partnership with SPEED Channel, SCCA Pro Racing President & CEO Robert Wildberger said. This series has experienced tremendous growth in the last 13 years and much of that is due to SPEEDs involvement. We have a lot of items in the works to enhance the programs, including a larger broadcast presence on the Web.It gives us great pleasure to continue the longest-running relationship SPEED has with any sanctioning body, SPEED Senior VP of Production and Network Operations and Executive Producer Rick Miner said. SCCA Pro Racing provided the first racing event on SPEED in February of 1996 and continues to be a pillar of our motorsports programming.The 2008 season will be the 19th year of SCCA Pro Racing SPEED World Challenge competition. In 1999, SCCA Pro Racing and SPEED Channel formed a partnership with the series, naming SPEED as the title sponsor in addition to its broadcast partner. Split into two, separate race seriesSCCA SPEED GT and SCCA SPEED Touring Carthe World Challenge Championships feature the cars people drive the way they wish they could drive them. SCCA SPEED World Challengethis is how racing should be.SPEED is the nation's first and foremost cable television network dedicated to motor sports and the passion for everything automotive. From racing to restoration, from mainstream to the ultimate extremes, SPEED delivers quality programming from the track to the garage. Now available in more than 78 million homes in North America, SPEED is among the fastest-growing sports cable networks in the country, the home to NASCAR on SPEED and an industry leader in interactive TV, video on demand, mobile initiatives and broadband services.For additional information about SCCA SPEED World Challenge, visit www.world-challenge.com. For additional information about SPEED, visit www.speedtv.com. For additional information about SCCA Pro Racing, visit www.sccapro.com. -30-