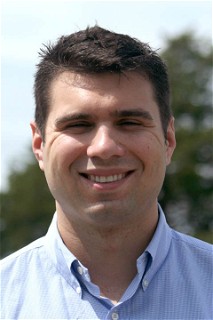 TOPEKA, Kan. (June 16, 2008)  SCCA Pro Racing is pleased to announce Kyle Novak as the Program Manager for the new Volkswagen Jetta TDI Cup. Novak brings a wealth of motorsports experience to SCCA Pro Racing, most recently working as Director of Operations for the Grand Prix of Houston and Grand Prix of Cleveland. Based on Kyles impressive work with temporary street circuit races in Houston and Cleveland, along with other significant positions, Im convinced he has what it takes to manage the Volkswagen Jetta TDI Cup, SCCA Pro Racing President & CEO Bob Wildberger said. His logistical talents will serve us well as he helps lead the Volkswagen Jetta TDI Cup program into the future. A graduate of Bowling Green State University (Bowling Green, Ohio), Novak arrived on the racing scene with an IMG internship in Cleveland, where he managed the Race Event Volunteers (REVS) program for the 2003 Grand Prix of Cleveland. Novak continued his work with the Grand Prix of Cleveland for two more years as Operations Manager. In 2005, Novak began work with Motorsports Consulting Services, supervising a multi-million dollar budget at Reliant Park for the inaugural Grand Prix of Houston, in addition to coordinating event logistics for the Grand Prix of Cleveland and Denver. In his new capacity with SCCA Pro Racing, Novak will manage the business required of sanctioning the first spec series in the U.S. to use only clean diesel powered vehicles. Im thrilled SCCA Pro Racing has asked me to oversee this innovative new series, Novak said. I see many similarities between coordinating a Grand Prix and coordinating a traveling driver development series, so I think I can bring some great ideas to the position, but Im sure Ill learn a lot along the way as well. Novak has relocated from Houston, Texas, to Topeka, Kan., where the SCCA Pro Racing offices are located. His first Volkswagen Jetta TDI Cup event will be at Portland International Raceway, July 25  27. -30-