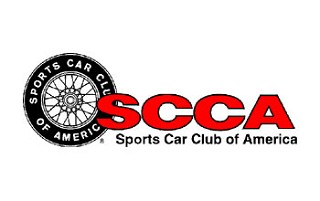 TOPEKA, Kan. (March 4, 2008)  Sports Car Club of America, Inc. has announced the five individuals who referred the most new SCCA members as part of the member referral program introduced last year.Kansas City Regions Norma Williams topped the list in the period from June 1 to November 30, 2008, with eight member referrals. For her efforts, Williams receives an all expenses paid trip to the 2008 National Championship Runoffs with the opportunity to assist in pace car duties. Second place Warren Leach of the San Diego Region wasnt far behind with seven member referrals and received a certificate for an SCCA-accredited professional driving school.Oklahoma Regions Trish Clark and Ohio Valley Region member Andrew Cotyk tied for third, each referring six new members. Lula Geis of the Wichita Region completed the top-five by referring five members. Clark, Cotyk and Geis each receive $250 worth of SCCA merchandise. Everyone who participated in the program received a discount on their next membership renewal of $5 per referral and individuals recruited through the program also received a discount of $15 on individual National duals, or $20 for a family membership.The member referral program is already in full swing for 2008 with the same prizes up for grabs. To receive credit for referring a member, the recruit must provide your name and membership number when they sign up via SCCA.com (preferred), phone, fax or mail. A recruit is not considered a new member if theyve had an SCCA membership within the previous 18 months.