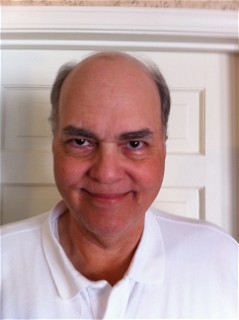 Rain threatened most of the weekend but only affected the Saturday morning qualifying session.  With the pandemic still in full swing there was a good turnout of 7 entries: Carl Maier, Jeff Delong, Craig Laprade, George Fox, George Bugg, Austin Morvik (son of Zak) and Ryan Mayfield.  Seems like somebody is missing . . . but not really, as Ryan Mayfield is renting the black Scorpion of Clint McMahan . . . and Clint has entered in the Time Trial sessions so that he could “Clint Proof” (our nick name for testing/developing) both George Fox’s car (its Honda was replaced by a Suzuki) and Carl Maier’s second car, just finished.  When Clint tests a car it is run as hard as he can make it go so that Clint can see what needs to be improved on the car.  With George’s car Clint was able to get the KBS that still has the needle nose and no high-pressure air scoop down to a 1:34.  You will see just how fast this is as you read on.  When Carl’s second car had issues that could not be fixed at the track, Clint jumped into the black Scorpion and blistered the track with a 1:30.0 setting a new Time Trial F500 record but NOT the Road Race class record.  I suspect that this TT record will stand for a very long time.

Now it is road racing’s turn.  With the rain messing up the morning qualifying, good lap times were finally recorded in the dry Saturday race.  Having all of the formula cars and sports racers in one race group made the whole weekend really busy.  Right at the start, in turn three, George Bugg suffered “red mist” and spun in the middle of a DENSE pack of cars, stalled and got hit hard, not once but twice, by a FF and a P2 that unfortunately ended his racing for the weekend with most of the damage to the rear suspension.  Everyone else made it through okay with Ryan Mayfield leading.  Ryan led the rest of the way while setting the OFFICIAL road race class record of 1:32.869 (note the difference with Clint).  Behind Ryan, Craig Laprade, Carl Maier and Jeff Delong were mixing it up until Craig dropped back leaving Carl and Jeff to swap positions multiple times every lap until the very last turn when Carl pulled up next to Jeff and nosed him out by less than a foot at the finish line to take 2nd place.  Craig followed closely behind this pair to take 4th, Austin Morvik was 5th and George Fox was 6th.

For the Sunday race, Carl Maier could not make the grid as his steering box developed a serious problem during the morning qualifying while going faster than the day before.  And Ryan almost caught Clint for the fastest lap with a 1:30.8.  In the race, after a brief hold for lightning, Ryan Mayfield led the whole way while setting a new track record of 1:32.422.  Behind him, Jeff Delong had yet another battle but this time with an improving novice, Austin Morvik, and they swapped positions several times with Austin coming out on top to take 2nd place.  George Fox finished 4th while Craig Laprade was forced to retire with overheating issues.  In the end, three drivers had a “coulda – woulda - shoulda” weekend with signs of going faster – George Bugg, Carl Maier and Craig Laprade.

Points for the weekend are as follows:

After the third round, the series points stand as follows:

Our schedule is about to change and an announcement is forthcoming.

The Formula 600 Challenge series was developed to help promote an affordable open wheel formula car series to showcase talent without large financial race budgets. 100% of the sponsorship money and products go to the drivers. The Formula 600 open wheel cars use a 600cc motorcycle engine and a 6 speed sequential transmission revving up to 15,000 rpm with speeds in excess of 140 mph. The sound of this drive train is likened to a F1 car.

For news, videos and photos, go to our website at www.theformula600challenge.com