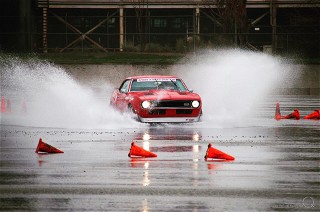 The first autocross of 2017 with Cal Club is now in the books.  This past Sunday we enjoyed the famous Southern California weather with a perfect mix of sun, temperature and wind.  And with nearly 10% of all class competitors being CAM cars we also enjoyed (as once announcer put it) "the sound of America!"

AutoXandTrack has predicted that 2017 will see the rise of Cal Club CAM autocross.

Headed into Sunday 17 competitors had signed up and to battle in CAM.  As Sunday dawned 15 of those competitors threw down on a fantastic and fun course from first time course designer Adam Tarnoff.  CAM-T saw the largest turnout with 10 drivers followed by CAM-C with 5 drivers.

With a number of newer Cal Club drivers and one coming from as far away as Utah expectations were high for a fun and exciting event.  And in the case of that Utah driver, aka Jordan Priestley of JDP Motorsports, he came all this way and his bad to the bone 2016 Camaro developed a mechanical issue.  This proved to have a big impact on the competition as Michael Cuthbertson offered a codrive seat in his beautiful blue 1968 Camaro.

CAM-T was home not only to some awesome old school muscle cars bellowing out that sweet v8 music sound track but also to some incredibly competitive racing!  Each time Chad Ryker came across the finish line he took first in CAM-T.  Unfortunately for him, Jordan Priestley’s runs immediately followed and he reclaimed the lead.  Each of the four runs saw Chad and Jordan swapping the lead for first place and battling hard with lap times dropping .3-.6 seconds each run.  Jordan prevailed and took first place with a .198 second lead.

First place wasn't the only close racing in CAM-T.  Michael Cuthbertson ended up solidly locking in 3rd but as he did his runs at the end of the heat the focus was on the next four competitors.  It was hard to say who was going to end up in positions 3-6 as for a time less than 1 second separated these four compeitors and they kept switching ranks.  The final standings had Tom Kamman and Efrain Diaz rounding out the top five spots.

As a neat aside, using the PAX index CAM-T cars made up 4 of the 5 fastest V8 powered cars in the whole Cal Club event.

Ranks and positions were also being swapped around in CAM-C.  Four Mustangs squared off against a single Camaro with Kevin Largent taking the early lead in his 2008 Mustang.  However, Don Gonzales shook off the "second place silver" moniker and came back with a vengeance to ultimately take first place.  Don secured his lead by a little over one second lead over Kevin's second place finish.

The Cars of CAM 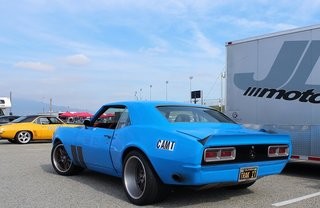 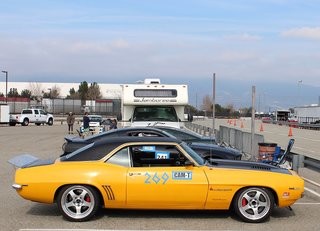 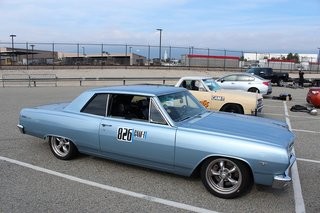 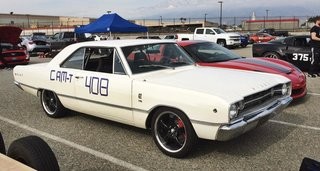 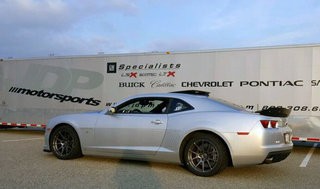 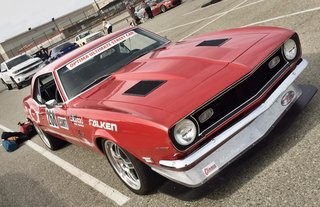 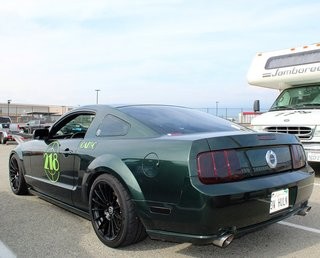 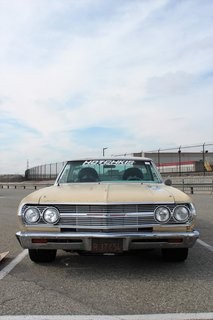 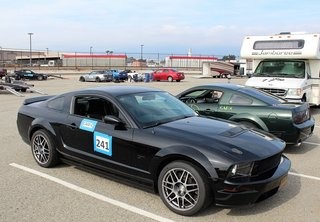 With Cal Club CAM having a record turnout for the first event of 2017, things continue to look good for the class.  Some say the turnout was due to the free donuts but who cares.  And if you care, AutoXandTrack will supply free donuts each time CAM has more than 10 competitors registered by Friday before the event.  If you missed this event be sure to come out to the next event on February 19th!