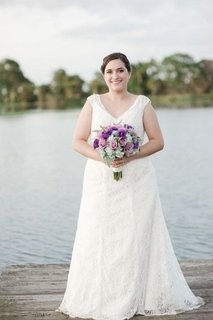 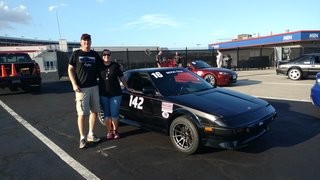 Back in May, Steven convinced me to go to a Starting Line Autocross school. He said it was a gift for being his crew chief and giving up so many of my weekends to the race track. I was reluctant. I don't have a need-for-speed gene. I think cars exist to get from Point A to Point B and the only reason to speed is to shorten that trip and get to Point B more quickly.

I was wrong. I had a BLAST. Autocross isn't just about going faster, it's learning about how your car handles, what it can handle and how to get to to the brink of what it can handle without spinning out. This is useful for more than just going faster. It's the type of awareness that can help you avoid accidents when you're on the road with a bunch of people who have no idea what their car is doing. I was one of them. Sometimes, I probably still am.

When I saw the advertisement for the Targa, I immediately wanted to go. I read the whole website and then told Steve "let's do this!" He was busy; there was a Bracket Enduro at AMP that he was going to run with his Chimp/LeMons friends in a Supra. I know what you're thinking, because I was thinking it, too: you're wife wants to race with you and you are saying "no"?! We talked about it for weeks. I don't have any friends who were interested or with whom I'd want to spend 4-5 days in my MR2.

Finally, 2 weeks before the event, on the way home from a BE in Sebring, Steve finally agreed to go with me. I don't know why - maybe because I was so vocal about him not going with me or maybe it was because he realized that this was his once big chance to foster my interest in motorsports before it was gone forever. Whatever the reason, we started preparing.

I had to send one if my brand new shocks for warranty repair, get new brakes and install them, register, come up with an awesome team name, book all the hotels, pack... It was madness for a few days, with some nail-biting about getting my shock back in time. It got here on the Wednesday before the event, was installed that night and we left Thursday morning for CMS. We finished installation and packing at around 1:30am and went to bed. I didn't sleep.

We left Thursday morning around 8:30am for Charlotte. After a 500 mile drive, with several stops for diesel and food (we towed the MR2 in the trailer so we could bring more tools), the newly christened Team Junk In The Frunk, arrived at CMS around 6pm. We unloaded, teched, stickered and started eating and meeting new people.

By the end of the social, we had met many new friends and were excited for the next day's events. We left CMS for another first - a stay at an AirBnB. It turned out to be quite lovely and much cozier than a typical hotel. We left early and headed for ZMax for the first autocross.

I was so nervous. After just a few conversations, I realized that I had so much less experience than everyone else in attendance that it was nearly negligible. This was to be my very first motorsport competition of any type. Even the rest of the Novice field had much more experience than I. What had I even learned 3 months ago at the Starting Line School?!

Luckily, the organizers had counted on inexperience and they gave us a great walk through. It all started coming back - slalom, key cones, linking turns. I can do this!

And so I did. My first run through the course was 69 seconds. My last run was 59 seconds. Surely it wasn't going to break any records, but I knew I was improving and I was happy with that.

As a continuance to my caveats from the beginning, you should know that I bought this MR2 on Craigslist a couple summers ago and it basically exists now the same as it did then. I put new shocks on it because the old ones were hella blown and Steve told me I had to. I put new brakes on it because the old ones were basically all rust and Steve told me that they wouldn't stop me on track. I got some leaks in the roof repaired and a friend helped us fix the windows because they used to not go up or down reliably and auto events require windows down. I learned how to drive stick in this car basically in the last 18 months.

I was unbelievably outclassed. And you know what? It didn't matter. If anything, everyone was more impressed because I had decided to participate in such an arduous event with zero experience in motorsports and very little experience in driving at all. Every single person I spoke to was as happy as I was to be there, whether they had thousands of hours of racing experience or just a few. Every single person was friendly and helpful. And then, I wasn't the only person to raise my hand when they asked "who has never been on track before?"

We participated that night in a Track Night In America at CMS. My only track experience was a lunch tour at VIR, which, FYI, doesn't count. Because banking and passing zones and point bys and holy cow that is steeeeeeeeepppp!

And again, I had a blast. After getting over the initial "why am I driving sideways?" fear, I started gaining confidence and going faster. Instead of hearing Steve say "turned in too early" and "go, go, go," he was saying "good job." There was no timing for this event, but I knew I was getting better.

We left that night and drove to Atlanta. A very late night and a very early morning.

We met at AMP at 7am. The MR2 picked up some debris that resulted in a punctured tire at CMS and the spare tires we brought were rubbing really badly. Before the TT that morning, we had to roll the fenders. After the drivers meeting, we got on track. And again, I was having a blast. We still had to compensate for some rubbing and Steve nearly killed the brakes, but again we went from "too slow" and "are you floored yet?" to "great job" and "nice!"

During our lunch break, we got our tire patched and grabbed a quick bite to eat before heading back for the Road Rally. This was a first for both Steve and I and, it seemed, many of the other competitors. We got tricked by a few of the questions (sneaky organizers!) and missed the timing marks a bit. We caught up to a few of the other competitors and enjoyed the caravan drive through the scenic north Georgia mountains. We turned in our paperwork at a local shop, grabbed some ice cream and headed to the car show and cookout in Chattanooga. It was - as I'm sure you can guess - a blast. Kudos to the Duff beer team for bringing it at the car show with their home brewed Duff beer. After some more socializing, some grilled chicken and veggies and a few beverages, we were on our way to Bowling Green.

In the morning, we did another autocross at the National Corvette Museum Motorsports Park. By this point, I barely needed the novice walk, but I tagged along. I was starting to see for myself which cones mattered. I could tell where I needed to start turning or brake. I was ready.

Which turned out to be a good thing, because we were the very first to run.

Again I improved: from a 40 second run to a 36. You might not guess it, but I had a blast. (Just kidding, of course you guessed it.)

The last event was a track cross on part of the NCM track. We had about 2 hours of open practice, but struggled a bit to figure out a good line through the last set of corners. Steve ran a few runs and got some pointers from other drivers, so he could tell me how to run the course. I'm much better at digesting cones than curbs, apparently. Even still, after a few runs I was hearing more "nice" and "good job" from my coach so I knew I was improving.

After the last track cross sessions, we all got together for awards. The novice group all tied for first with full points. There were no timed events for us so we all got all the points for things like being on time to the drivers meetings and passing tech.

There were also 3 auxiliary awards: Best In Show, which was won by Duff beer by a landslide; Underdog or Doing the Most with the Least, awarded to Shake n Bake; and the Spirit of Targa award, which was won by Team Junk In The Frunk! We did it! My very first ever motorsport related award, as Steve likes to point out. I couldn't have been more pleased and excited and I thank everyone who considered us.

Targa was certainly a wonderful event. I give big kudos to the experimental programs department for creating it. Thanks to the SCCA for letting it happen. HUGE THANK YOU to Heyward, Blair, Rick and Jon for putting on this amazing event and sticking with us all to the end. Most importantly, I'd like to thank the best coach and my biggest supporter, my husband, Steve.

I cannot wait to participate in another Targa and I know many of the participants are in the same boat. The SCCA community is a wonderful group I'm proud to be able to say I'm a part of.