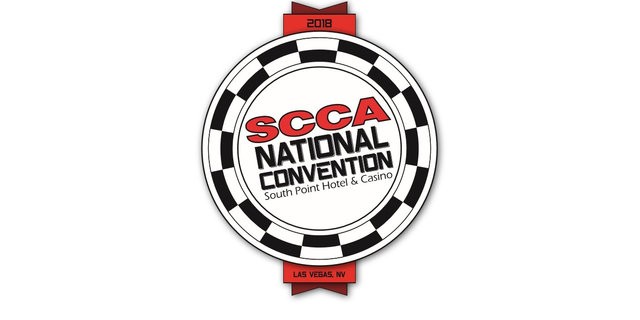 Just because official con activities are done for the day doesn't mean that you are too. Over the years several official and unofficial recurring activities have sprouted up. We'll be posting them as they become loosely organized with details on how to attend. We'll also be posting a list of fun activities going on in the area.

Do you have a party plan or idea? Message John Burchardt at jburchardt@scca.com and let him know. We'll get it posted here right away!

Make your way to the Las Vegas Motor Speedway Sunday, January 21, for some winter-time Autocross with Las Vegas Region. Flying in and need a ride? Reach out to local members on their Facebook Group so see who has a free seat. Register Here.

A group of Staff and Members have made it a tradition to head out Friday Night to get some sessions in at the local Karting complex. Do you have what it takes to be the National Convention Champ??

Who's ready to bring home the big bucks at the South Point Casio Bingo Hall? It's easy to get into and not hard to find several members having fun in groups. I heard a certain member won enough to pay for a new set of wheels...

The Strip is only a short ride away from the South Point Hotel and well worth a visit just for the amazing building sights. Supposedly there's a certain special award show going on that's so wild even a Junior Karter couldn't attend... Even with a Minor Waiver!

Often referred to as "The Old Strip", Fremont Street saw the earliest casinos and is home to some of the most iconic Las Vegas buildings and signage. Be sure to visit for the building sights and stay for the people sights!

Don't worry about wandering the South point property and sitting in lines hoping you'll get back from the lunch break in time for the first afternoon session. The SCCA National Convention will have a hosted lunch both Friday and Saturday. Don't expect the silly-soda at these social engagements, we still got some learning to do! Admission is included in your General admission.

Who said good-bye's were fun?? It has to come to an end at some time and the Closing Session is where it's at. We're going to make it as fun and memorable as possible. But don't fret too much, there's one more thing to do!

Following the Leadership Summit Closing Ceremony and before the SCCA Hall of Fame Induction Ceremony, We'll be having our last hurrah with the pre-ceremony cocktail party. So put on those nice heels and shoe-horn on those Blue Suede shoes because this is the last time for you to talk to that special somebody. Did we mention there's an open bar during the cocktail party? Drinks are on you during the Banquet.